See the man with the longest manhood in the world (Photos) 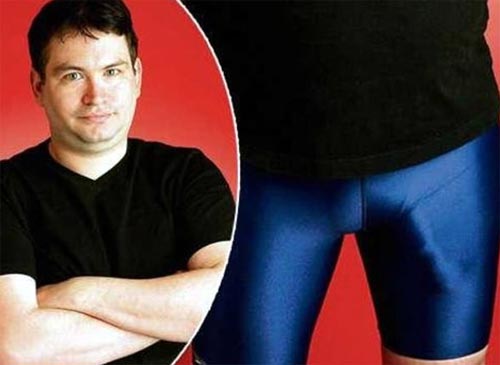 A man with World’s longest manhood at 13.5 Inch The man who boasts to have the longest p’εnis in the world, Jonah Falcon decided to give back to the society by donating it to a museum.

The 43-year-old Manhattanite is recognized for having the longest p’εnis ever measured in a documentary, a distinction that has made him social media star.

Jonah Falcon WITH the  Largest manhood in the worldJonah has declined many opportunities in p’orn. But now, he got an offer he could not refuse. The Icelandic Phallological Museum better known as “The P’εnis Museum” has offered Jonah everlasting fame, by putting his 13.5-inch s-εx organ on display when he will eventually die.

Icelander Sigurður “Siggi” Hjartarson, the founder of the world’s only phallological p’εnis museum offered him the privilege and he had this to say…“I am flattered by the invitation, I appreciate your museum’s devotion to science, and it would be an honor to have my manhood put on display, hopefully nestled between the sεxual appendages of a s’pεrm whale and a polar bear … I hope I don’t make either of those creatures jealous. May I suggest you call the exhibit, ‘Jonah and the Whale”