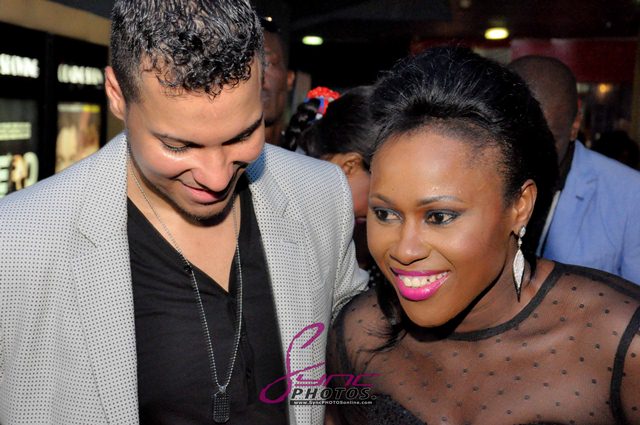 Over the years, Nigerian celebs have given inter-racial marriage a try and it has worked out well for some. It’s now becoming a trend with more celebrities in Nigerian entertainment industry crossing borders to find love.

Below is a list of actresses who found love in the arms of white men.

Korede Bello speaks on his secret romance with Iyabo Ojo’s…

Uche walked down the aisle with her American-Puerto Rican born husband, Kenny Rodriguezon May 16 2012 in in a low-key wedding that took place on the shores of Puerto Rico, in the northeastern Caribbean. Uche who is from Abia state is one of Nollywood’s A-list actresses and she is also a thriving movie producer. Uche and her husband are now expecting their first child. On how they met Kenny said: “My first opportunity to meet Uche was through my close Nigerian friend for the purpose of a possible business together since Uche was a telecoms ambassador and in the US I run a communications company. But along the line I discovered she was passionate about making movies and was very hardworking. She gave me an opportunity to learn about her work, and I took advantage of that. It was easy for fall in love with her. I’m glad she chose me.”

Ufuoma and her husband

Nollywood actress Ufuoma is happily married to SteveMcDermott. She got married to her European beau on on 23 April 2010 and in October 2012, they welcomed a baby boy who they named Isio Jared McDermott. The Delta state born actress was a former beauty queen, having represented Nigeria at the Miss Earth 2004 International beauty pageant in the Philippines. On how they met, ufuoma said: We have a mutual friend; they both work as advertisers. I met his friend while I was filming ‘Everything It Takes’ for Wale Adenuga. There was a particular day we went out for drinks and my husband who was his friend was with them. We hung out, became friends, started spending time with each other and started to feel very comfortable with each other.

Oluchi and her hubby

Oluchi got married to her Italian husband, Luca Orlandi, popular Italian fashion photographer in 2005. The couple has two sons together. Through the years, Oluchi has gone from model, to wife, to mother and owner of Omodel Africa in South Africa. Oluchi Orlandi is a popular Nigerian international supermodel who won the Face of Africa in 1998.

One time Nollywood actress, Regina is married to anAmerican, Rudolf Williams and they are blessed with 2 children. She is an ex beauty Queen who won the the Most Beautiful Girl In Nigeria in 1988. She was one of the most popular actresses in Nigeria in the late 90′s and early 2000s and after her marriage, she relocated to the US with her husband. She also took along with her daughter Stephanie, her first daughter whom she had for her ex French lover, Patrick.

Maheeda and her husband

Raunchy and controversial singer, Caroline Sam, popularly known as Maheeda, met and wedded her Dutch husband, Robert in 2012, and he moved her and her teenage daughter to the Netherlands. Maheeda who like to post nude photos online said her husband is not bothered by it.

Anita Hogan and her family

Anita Hogan, former Nollywood actress and star of the Gulder Ultimate Search married her Dutch hubby Ted Mak in October 2006 and they have two beautiful sons together.

Nollywood actress Chioma is married to a UK born Engineer, Andrew Toplis. There was a debate on whether her white-man husband exists or not and sometime in 2013, she decided to release photos showing her white husband and her beautiful family to put an end to the debate. They have three children together.

Singer/actress Ashionye got married to her husband Carl Raccah in August 2009. She met her husband in 2001 in Lagos.

TB Joshua’s Church To Be Shut Down? (See Why)