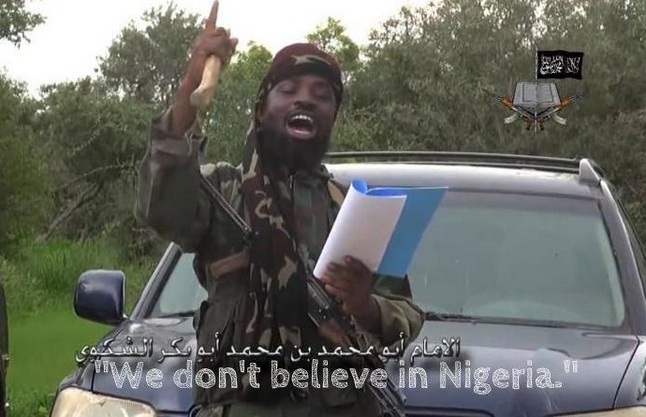 AlthoughCameroonian authorities yesterday released a photo of a dead man they tagged as ‘Abubakar Shekau’, who was the brutal leader of the terrorist group that keeps wreaking havoc in the country, especially northeast zone, as well as Cameroon, SaharaReporters discovered that these were the Nigerian soldiers who liquidated one of the leaders of the group on September 19, 2014, Friday. According to them,Cameroonian troops have no connection with this operation.

The military intelligence source also made it known that Bashir lost his life last Friday in a fierce battle against Boko Haram insurgents in Konduga, Borno State. The late commander indeed had a great resemblance with Abubakar Shekau, who was the original leader of the group. Bashir might have picked up the war name of the real Abubakar Shekau, who has been allegedly killed last year.

By doing this the late terrorist had tricked many into believing he was the same person as Shekau when he appeared in recent videos. The commander was killed as he led insurgents who were attempting to capture Konduga and then made a bid to seize Maiduguri, the Borno State capital, as well.

Bashir has been the person responsible for issuing recent video messages of the group since the death of the real Shekau in unclear circumstances.

”Even though the military was cautious not to claim credit for Mr. “Shekau’s” death, the Nigerian military was buoyed by the capture of the armored tank usually displayed in the background of recent videos issued by the sect’s spokesman,” the Nigerian Military Intelligence source revealed.

It would be recalled that just yesterday, the Emir of Kano, Muhammadu Sanusi, explained what brought about the advent of Boko Haram in the country.

Girl impregnated by own father in Oyo tells her story (Photos)