MUST SEE ! You Need to See Nigerians Comment On ”Latest Shekau Video” [ LOOK ] 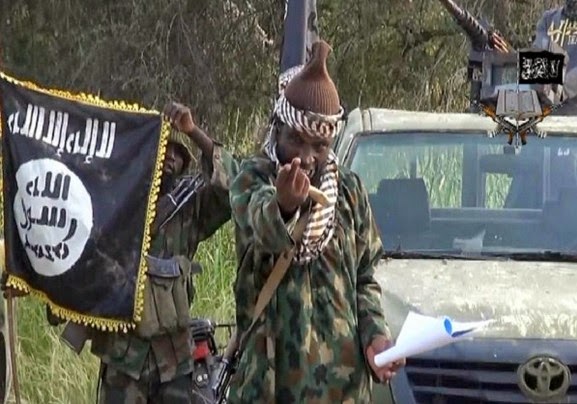 A “fresh” video of a person believed to be either Boko Haram’s Abubakar Shekau, or his impersonator, has surfaced today and immediately sparked heated debates. The origins of the latest Shekau video and its authenticity are yet to be verified and commented on by any Nigerian or military authorities. Upon learning the disturbing news, Nigerians have taken to their preferred social media platforms to express mixed feelings and confusion. “This story resembles some kind of a movie,” “Boko Haram Season 5,” “Abubakar Shekau Season 3,” “new James Bond,” “the more you read about this, the less you understand” – this is how the respondents described the latest Shekau video. The general mood expressed by Nigerians was that of confusion and skepticism.

Some commentators were bitter and blamed the Nigerian authorities and Nigerian Army for “lying” to the general public about “killing” both Shekau and his impersonator. Owodokun Toyosi OlaOluwa said: “He wasn’t killed yet, but we’re just short of weapons since the CAN president was unable to deliver.” Collinsantus Nwachukwu said: “Nigerian military is the only military that kills somebody two times and the person will still be alive. I don’t pray for your death, Shekau, I only pray that you an your followers repent.”

Ooyay Tanny said: “I wish all Nigerians could be wise. This Boko Haram leader is not yet a dead man. Those pics and video they were showing us were totally fake. Government people are just playing polities with us. They know what is going on. They purposely went to hide the Boko Haram leader somewhere until 2015 elections. If the man was really killed, they would have shown us Nigerians clean and clear pics of Shekau. But all the pics we are seeing are very dull. It is not Shekau. He is not dead yet.” Marc Wilson said: “Here we go again. We get false information that he has been killed. And yet, a new latest Shekau video appears claiming he is not dead. We have till now never heard that Osama Bin Laden is still alive. This is in respect to the guys arguing Why should Nigerian government bring a proof of his death whereas no one demanded same proof of Osama.”

“Latest Shekau video is a hoax”

The majority of commentators, however, were doubtful that the video is genuine, or speculated that it was recorded before Shekau was killed by the military. Some suggested a theory that “Shekau” has now become a common name for any new Boko Haram “commander,” while the person in the latest Shekau video is, in fact, another impostor.

Ayodele Timi Ogungbemi said: “Shekau 1&2 are dead! Truth will over-run lies & evil very soon! No third Shekau will be captured alive for authetication of final eradication of the lineage of Shekau and the evil gang called Boko Haram IJN! Wait a minute! Where are those armored tanks which used to be at his background?”

Sylvester Okafor said: “Bloodsuckers, you can’t deceive us three times! This is not even Shekau but Bashir Mohammed whom the military has just killed. His dead body was shown on so many social networks, and people confirmed it! So you people should just tell us if you have recruited another impostor.”

Friday Ruskin said: “Why the silence for so long? He has been silent for a long time since the story of him being killed was announced. A living militant leader cannot keep silent about ‘kill rumours’ for such a long time. He is dead. Computers today can do anything. His old picture could have been used to manipulate.”

Onyeka Sylvester said: “The video was made when he was alive, only for them to upload it now that he has died, just to create panic in the minds of some people!”

Larry Etim said: “At least the armoured personnel carrier that is usually behind him in videos has been replaced by a Hilux since the military has capturd the APC. Let the impostor also deny the capture of the APC by the Nigerian military. Coward!”

It would be recalled that earlier today, the AFP news agency claimed it had obtained the “latest Shekau video”. In it, a figure posing as Abubakar Shekau claimed he is alive and toook responsivility for shooting down the air force jet that went missing three weeks ago.

Last week, the military claimed a man posing as the Boko Haram leader in videos had been killed, and in August 2013 said that Shekau may have sustained terminal injuries and died.

PHOTO ! Toolz hit the gym with her massive curves