SEE What Money Has Caused: Emmanuel Adebayor’s family in trouble as he accuses his mum of…… (Details) 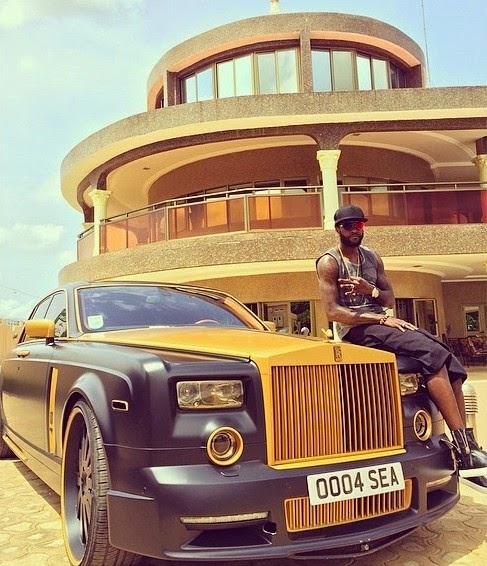 After calling his mum the best in the world in 2009, Emmanuel Adebayor is now said to be describing her of using “juju” against him. The Togolese footballer, who is one of the richest footballer in the world, is currently involved in a fierce family feud with his mother and siblings and sadly, the family has chosen to fight it out with him dirty in public. In an interview with Peace FM’s Power Sports, Adebayor’s elder sister named Maggie (Margaret) said the footballer sent his biological mother packing from his house. That Adebayor dragged his mother out of the house and since then he has been very cruel to the family, doesn’t take care of their needs. And things are so bad they now have no choice but to resort to the media.

Below are details of the mess going on in their family: 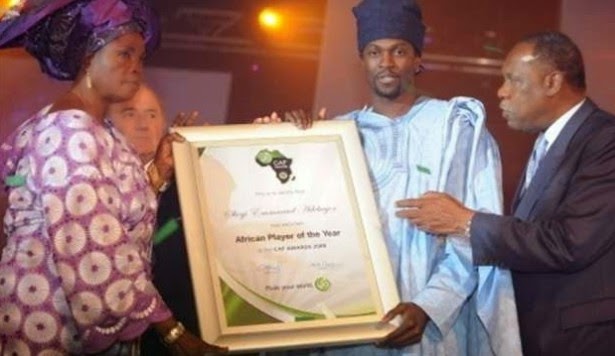 In the words of Maggie: “..As at now, our mother is selling polythene bags, padlocks and other things on the border (Ghana/Togo frontier). Our mother has not seen him for more than a year and he rejects her calls anytime…our mother is not calling him for his money; she just wants to see him because she loves him very much”.
But in his response to the accusations, Adebayor said: “Obviously I’m not a pastor, I am a footballer so I cannot point out a witch. I never sacked my mum from the house; she decided to leave the house…But how am I going to be in touch with my mum if my mum is the one telling everyone that my work will not go forward, so I will just be on my side and do my thing. They should stop talking talking, they should stop doing Juju on me; they should leave me alone…The one talking there and calling herself my sister I bought a house in East Legon for $1.2m…can you imagine that sister went to rent the house without my knowledge?”
According to Emmanuel Adebayor, for this issue to be resolved, he called them about a year ago when his brother died and told them to stop going to juju people and sit down at home.”They don’t listen to me so I don’t know how to solve this now,” he added.Responding to why he doesn’t take care of his siblings, he indicated that the rest of his siblings can work and take care of themselves including their mother and so “they should do that”. He told Peace FM that his family has already shared all his belongings even though he is still alive.

“They shared my houses, they shared my cars, they say if he dies this car is for you, this house is for you, can you imagine? Right now they don’t need money…If they claim I am not looking after my mother, we are seven and so why can’t the rest do it?” he asked.

Hopefully, they would get to resolve their issues.