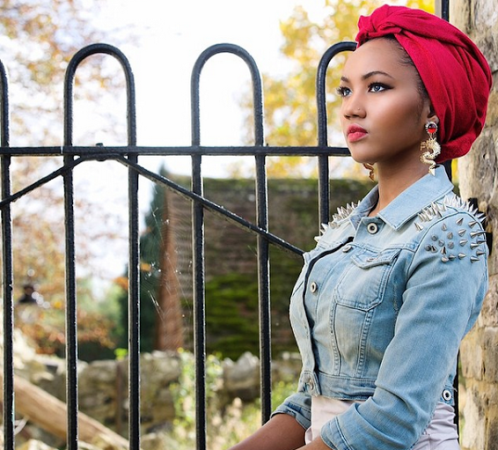 Various happenings so far have proven that politicians are not taking the 2015 elections lightly. If it is not the Peoples Democratic Party throwing shades at Rtd. Gen. Buhari, the presidential candidate of the All Progressives Congress over his certificate, or the party itself, it would be the APC trying hard to refute some allegations. With all these dramas, many cannot wait for the elections to be over. Few days ago, it was reported that Buhari’s beautiful daughter who is the belle of every young Nigerian on Twitter deleted her twitter account. Zahra Buhari who had lots of followers on her account @Zahra3_ got some of her followers especially those who tried to woo her, trying hard to gain the general’s daughter attention when she was noticed to her deactivated her account. Although it gotlots of reactions but the news is that she is back on Twitter and her first set of tweets are shocking and revealing!

She is back on a new Twitter handle @Zahra_Buhari and from her tweets, she revealed that contrary to what everyone thought about her former Twitter account that she deactivated it, she made it known that the Peoples Democratic Party got her account hacked!

While accusing PDP of hacking into her Twitter account, she also made reference to the First Lady’s infamous “There is God ooo” speech, and more…. Read her tweets below: Zahra is already garnering followers on her new account. As at 7:46am Thursday 29th January, she’s having 1,265 followers. Although this number of followers is a child’s play compared to what she had on her old account, it is obvious she is going to be having lots of followers very soon.

It would be recalled that just recently, a group called Youth Ballot Evolution had an online poll between President Goodluck Jonathan and Gen. Buhari. The poll result showed that Jonathan won. This got a great reaction from people especially when Pastor Adeboue’s first son re-shared the poll results.

Seun Kuti calls out General Buhari for debate – You need to READ this!