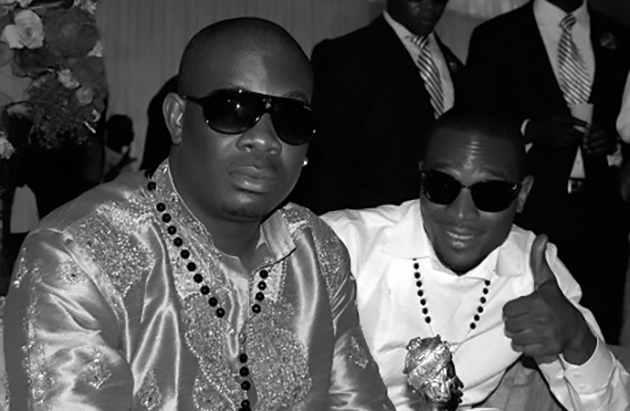 Just few days after music sensation, D’banj hinted that former label mate, Dr. Sid was the person behind Mo’hits split, a new report is out! According to a new report by 36NG, Don Jazzy has thrown shades at D’banj in the latest release of D’Prince’s single, Oga Titus. It is no longer news that Don Jazzy and D’banj have parted ways for a while now over irrecoverable differences but while at that, the two have never taken shots at each other until now.

It would be recalled that few weeks ago, there were rumours that D’Banj is enmeshed in a huge debt mess. This however will make one to try to put one plus one together to make it two as Don Jazzy and his younger brother D’Prince & Don Jazzy allegedly took swipe at the DB Records chief in the song calling him “Oga Titus” instead of “Eja Nla”. Titus is a kind of fish while Eja Nla means Big Fish. Titus is usually small in size.

Here is a part of the lyrics of the song:

Well, the lyrics of the song might just be a great coincidence as D’Prince recently made it known that Mavin Records miss the D’banj! You can listen to the full song below:

If you fall under anointing and you break anything, you will pay – Pastor…

Revealed: The 5 PDP governors secretly working for Buhari & against Jonathan

BBNaija’s Venita recounts how she lost a deal because…

If you fall under anointing and you break anything, you will…