For praying for Jonathan, read what happened to Oyedepo’s church 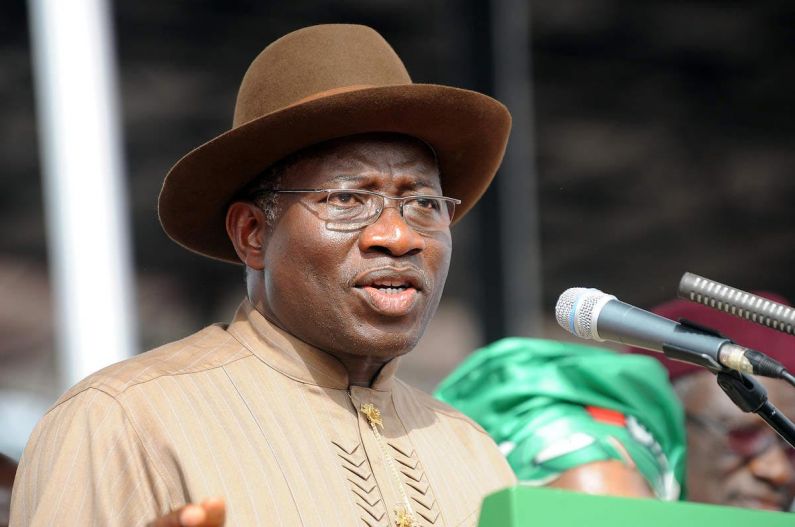 The internet went agog on Sunday evening when President Jonathan visited Winners Chapel, Otta, in Ogun state. PMnews reports that all attempts made by the Winners overseer, Bishop David Oyedepo, to make members of his congregation stand up to pray for President Goodluck Jonathan to win the 14 February presidential election were to no avail.

It was reported that while some stood up reluctantly, other members who were not happy with Jonathan’s administration refused to stand up from their seats to pray for him. However, pastor Oyedepo was unperturbed as he finally prayed for Jonathan by himself.

The said visit of the president has obviously caused a lot more havoc than blessings as the church has been under serious scrutiny and condemnation from Nigerians. President Jonathan, with some of his aides, the chief of staff to the president, Jones Arogbofa, and the executive secretary of the Christian Pilgrim Board, Kennedy Okpara, worshipped at the church during its third service after they arrived at the church premises in a helicopter.

Within a few minutes of their departure, the ”not-so-palatable” malicious report sent the internet agog, with various local blogging sites misquoting and misinforming the public about what really happened during the church service, resulting in the outrage that greeted the president’s visit.
While some Nigerians said they were shocked that Oyedepo could make such a comment, others went comic calling him a man of “small gods.” Unfortunately, however, many of these bloggers and news writers were not in the church during the president’s visit, but they all attributed their news to sources within the church.
According to a PMnews correspondent who attended the same service as the President, his aides, and politicians from the Peoples Democratic Party in Lagos and Ogun states, the drama began in the church.
Before his preaching during the service, Bishop Oyedepo gave President Jonathan the opportunity to address the congregation. When he mounted the podium, Jonathan made it known that he did not want to say too much so that Nigerians would not think he only attended the church to campaign. Urging  everyone present to pray for the country, he said:

“There are various predictions concerning the election, but I trust God to take control of the situation,“I commend Bishop Oyedepo for his commitment to the work of God and education, without education we can’t achieve much,” he added.

While some of the church members were excited to see Jonathan, others grumbled, saying he had suddenly turned to the Winners Chapel after he discovered that he is no longer welcome at the Redeemed Christian Church of God now that a senior pastor of the church, Prof Yemi Osinbajo, is the running mate of Buhari, Jonathan’s main opponent in the election.
Some also whispered that the pastors in the country were not helping matters as they are not acting like prophets and leaders in the Bible who spoke truth to people in power. After his speech, the Bishop asked that the church members stand up and pray for the president.

He asked that since God always answered prayers of the church members, they should pray for God to give the President the wisdom and strength to rule the country and the unusual grace to lead the nation.

However, it was reported that while many stood up and prayed fervently, some sat down, while others used the opportunity to pray to themselves.

It will be recalled that just yesterday, former Nigerian president Olusegun Obasanjo reacted to the words of  the presiding bishop of the Winners Chapel Ministry of The Living Faith Church, Dr David Oyedepo. Obasanjo advised Nigerians not to allow any pastor to dictate to them who they are going to vote for in the coming elections.