D’Banj’s 10th Anniversary was a big flop – See Why! 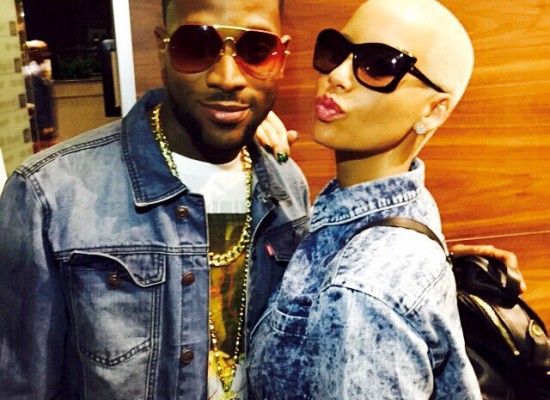 Don’t you just feel bad when you already had your day planned and circumstances take a better part of it. These things just never go as planned. Things such as a D’banj event. It should have been noted in my subconscious when we were told the event was slated to start at 7pm.

Maybe I was giving them the benefit of a doubt? What was wrong with that? After all, it’s his 10th year in the industry, everyone should be eager to celebrate him enough to be early? No? – See more at:

Thats was what I thought when I arrived the scene and it was scanty. Typical, so it wasn’t such a big deal. In an hour or two or three, things should get better and people should turn up? So I thought. I’m sure at this juncture a lot of people are wondering what I was expecting, this is what is obtainable at Lagos events. Right? You’ll know in a bit.

The choice of event is still bewildering to me. What is D’banj’s love for sand? He seemed to have registered a thing for it since his last event. Going in from the carpet to the venue became a journey on its own. Something of a deja-vu. Only thing that made it better and different was the distance.

Having finally made it to the venue, I looked around, a couple of guests had started arriving. Celebrities, not actual guests who purchased the tickets that started at 20,000 for regular. Which really, if you are a die hard – and more emphasis on die hard – you know the rush that comes when you know you’re about to attend a Cold Play event and you’d pay anything for it kinda situation, it’s shouldn’t be a big deal to get. But not when it was announced barely days to the event.

The vast majority of the crowd were made up of media crew. At a point, they started interviewing co-presenters. Do you blame them? They have to make up for content somehow. With one guest by the hour, it was impossible to work with. The red carpet became more active by 12am. And when I say active I mean, the number had increased from one to two and three.

When I heard a ten year anniversary celebration, I pictured an O2 Arena kind of gathering for a kick off. Even made better and confirmed when it was revealed ex-stripper, Amber Rose was headlining the event.

So imagine my surprise.

Every other thing went in a blur as time passed with nothing going on except a lot of bored people showing off their frustrations at 1am standing around doing nothing.

The interior, though small looked really well decorated with dazzling ornaments. The stage well lit in anticipation of what should be happening but isn’t. People littered the corners sipping on drinks provided with the exchange of a voucher going for 3,000naira. For a 10 year anniversary apparently D’banj didn’t want a mammoth crowd hence his choice of venue.

Then the moment came when people started leaving. Managing Director of Diamond Bank, Uzoma Dozie probably didn’t stay up to 11pm before he took his leave. Followed by some other people. First in their twos, then threes. Just as they had come.

Then somewhere between 1:50 and 2am, there were loud sirens and a lot of chaos and we knew the hosts for the show had arrived and finally too.

The moment Amber Rose had arrived on the red carpet much to the delight of the photographers who didn’t eventually get a good shot and swore under their breathes later, the show had begun for some and ended for most. As they had finally achieved why they came.

All this while, no one noticed Sheyi Shay arrive in the midst of the ruckus.

Even at that the show didn’t really kick off till much later into the morning. What baffled me though was that aside some celebs such as Teebillz and Tiwa Savage (who arrived the venue separately by the way), Ice Prince, Wizkid, Davido and some new acts, no one from the beginning of his 10 year professional career showed up to celebrate the supposed icon in the industry regardless of any existing rift.

Obasanjo: Nigeria will be a disgrace to the World if… (Must Read)