This post will make you stop eating sugar instantly! [Must Read] 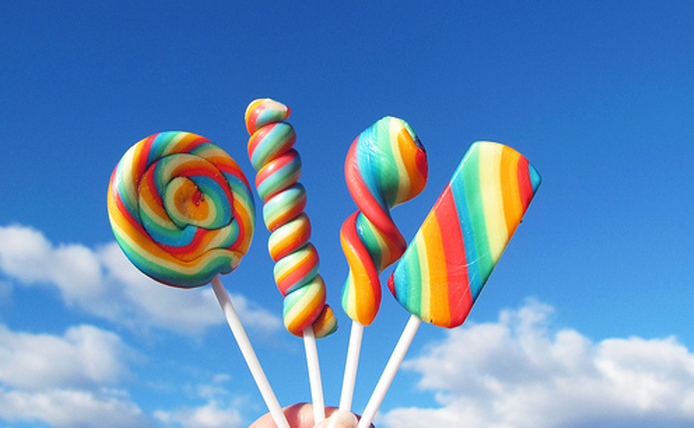 Share
Think you have room to sneak a few, decadant pieces of candy (or chocolate or cans of soda) into your daily diet without causing harm? Your waistline isn’t the only part of your body seriously affected by sugar.

See how ladies now wash their skin to become ‘White’…

Nov 26, 2019
Those little, two-bite indulgences add up to a whopping average of 130 pounds of sugar (!!!!) consumed annually in America per person. If you ate a 130-pound human, chances are you’d have to deal with a few serious consequences. The same can be said of 130 average pounds of sugar consumed yearly.

There are consequences and (gulp) science says some of them might even be killingyou.

Sugar is bad for you. We all know that. But we’re going to tell you just how bad with these 7 astonishingly true facts.

1. Sugar feeds cancer. You probably already know cigarettes are linked to lung cancer, but did you know sugar is actually the fuel that gives cancer cells their deadly growth rate? When doctors want to find cancer cells during an MRI, they inject you with a sugar solutionequivalent to a chocolate bar and watch as it illuminates tumor tissue like a wicked rave party. Cancer cells “consume a higher amount of glucose compared with healthy tissues, as a way of sustaining their growth.” (Medical News Today, 2013).

2. Sugar may cause some cancers. So you’re lucky enough to live in a cancer-free body? Here’s some bad news: if it’s not feeding current cancer cells, sugar may be the primary driver of oncogenesis AKA cancer creation. This2014 study reported there’s “evidence that increased glycolytic activation itself can be an oncogenic event…” In other words: metabolism driven by sugar can initiate cancer in the body.

It’s not all bad news, though. The study reported that “forced reduction of glucose uptake by breast cancer cells led to phenotypic reversion.” In laymen’s term: You take away sugar and you can actually reverse a cell’s pre-cancer potential.

3. Sugar dehydrates you. Tote a water bottle with you everywhere but still feel thirsty? No matter how much water you’re drinking, you could be dehydrated. And sugar is to blame. Here’s how sugar can effect your hydration levels: high blood sugar causes your body to kick into overdrive. It pushes sugar out through your kidneys, requiring water to move it into the urine. As a result, your kidneys can’t reabsorb the water.

If that doesn’t sound like such a big problem, consider that up to 60% of your body is water. And 73% of your brain is composed of water. Dehydration isn’t just a sign of thirst; it’s a sign that your body doesn’t have the right chemical composition to work properly. If you’ve ever experienced brain fog, unexplained pain, or sapped energy, sugar may be to blame. It can essentially throw you into “body drought,” effecting both your current mood and your long-term health.

4. Sugar is linked to cellulite. You know you need to lose weight because nearly 1 in 5 deaths is caused by a weight-related disease. But maybe that long-term view isn’t enough to change your diet or stop you from eating sugar. So get a little vain instead. If the mere thought of bikini season has you hitting the panic button because of embarassing levels of cellulite, chances are you’re consuming unhealthy amounts of sugar.

Cellulite is the external warning sign that your internal system is struggling. In a nutshell: cellulite happens when decreased circulation and growing fat cells poke their way through collagen cells. While cellulite can be related to hormones (estrogen levels play a huge part in cellulite creation), consuming too much sugar increases the body’s need for fat storage and can exacerbate cellulite creation. Reduce sugar intake and you’ll naturally be on your way to reducing fat and that “orange peel” ass, too.

5. Sugar kills more people than cigarettes.Last year, cigarette-related illnesses were linked to about 5 million deaths. And obesity-related deaths rang in at nearly 38 million deaths. If you decry smoking while simultaneously shoving a donut in your mouth, you’re diving into seriously hypocritical territory.

In 2007, The American Journal of Clinical Nutrition published a study which linked sugar to all of the following: obesity, hypertension, the metabolic syndrome, type 2 diabetes, and kidney disease. Yes, stop smoking. But stop the sugar, too.

6. Sugar may cause heart disease. Sugar – not fat – is making you fat. But researchers have now found direct links between sugar and heart disease as well. Much of the current focus on sugar is in the form of corn syrup, consumed as a soda or sweetened beverage.

7. Even “safe” levels of sugar are still harmful. A 2013 study fed mice a healthy diet, supplementing it with the human equivalent of 3 sodas per day. In other words: Everything they ate was 100% healthy and sugar-free except for just 25% of the calories they were eating, which came from sugar. This 25% of sugar is the maximum “safe” sugar level reccomended by the US Department of Agriculture.

Exposed: See the dirty jobs Nigerian men do to get extremely rich these days (Must See)