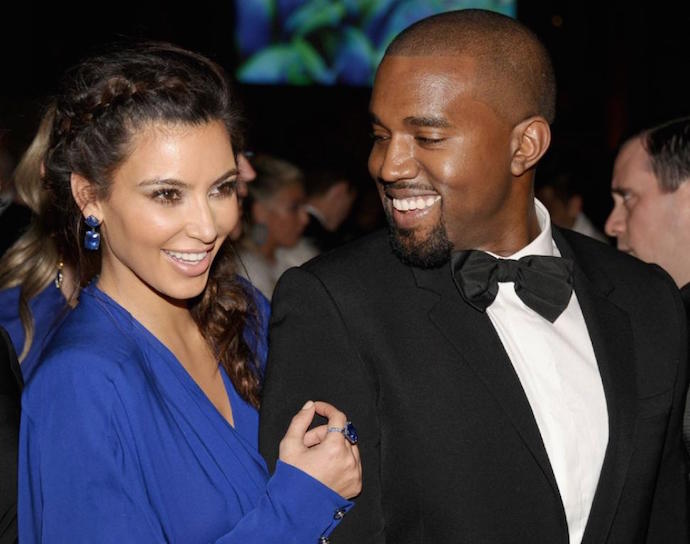 “MediaTakeOut.com just got some blockbuster News – a man is selling a sextape – which reportedly shows Kim and Kanye and a blonde haired woman, engaged in three-way sex. We were unable to confirm the identity of the parties on the tape – but it sure as f*ck looked like Kim and Kanye . . . allegedly. We’re gonna say a lot of allegedly here, because Kanye’s laptop was stolen in Paris earlier this week . . . and we’re not trying to snitch on anyone that may or may not have stolen it. We also are not admitting to possessing, viewing, or ANYTHING whatsoever with the stolen property. So here it goes. ALLEGEDLY we spoke to a person who claims that they may have ALLEGEDLY accidentally came upon Kanye West’s personal laptop. The individual is ALLEGEDLY claiming to have hacked into it, and is looking through the hard drive. The drive ALLEGEDLY contains music, designs, emails – basically a treasure trove of DATA. And the individual allegedly is trying to sell it off piece by piece. We’re not really interested in fashion, or songs, but our eyebrows ALLEGEDLY raised when we heard that an alleged SEXTAPE showing THREE-WAY ACTION between Kanye, Kim and a Blonde model was allegedly for sale. We’re told that the tape allegedly is very graphic – and it must have occurred AFTER North’s birth . . . cause Kim’s belly clearly looked like she had her baby pouch. Oh and we have a receipt – that won’t get us into any LEGAL TROUBLE. Kanye’s GOOD MUSIC artist Malik Yusef, who is with him in Paris – CONFIRMED that Yeezy’s laptop was stolen. Wow . . . we can’t wait to see who buys the tape . . . ALLEGEDLY.

9 important things you didn’t know about sperm – You need to take note!