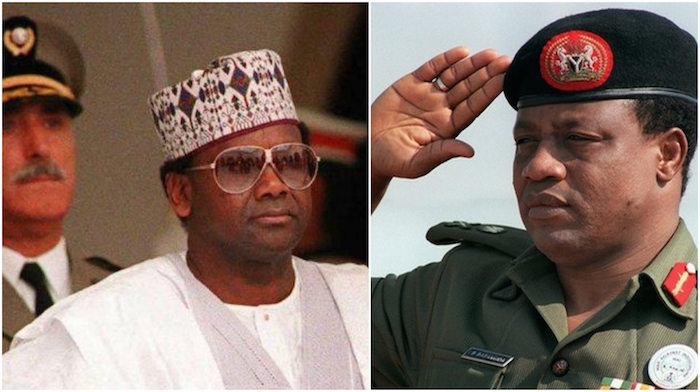 Chief Donald Dick Etiebet is a Nigerian politician who was a senator during the Nigerian Second Republic (1979 – 1983). He was then elected governor of Cross River State, with Fidelis Ikogo Nnang as his deputy, holding this office from October to December 1983, when the military coup brought General Muhammadu Buhari into power.

Read Also: The top 10 most corrupt African countries – This list will shock you & mostly Nigerians! Hamza al-Mustapha was the Chief Security Officer (CSO) of General Sani Abacha, military head of state of Nigeria from November 1993 to June 1998. After Abacha’s death he was arrested and tried for murder and attempted murder of Kudirat Abiola. On 30 January 2012, a Lagos High Court sitting at Igbosere convicted Major Hamza Al-Mustapha over the murder of Kudirat Abiola, the wife of the acclaimed winner of the June 12, 1993 Presidential election, Chief Moshood Abiola. He was also sentenced to death by hanging but was discharged and acquitted of the crime by the appeal court, Lagos division on Friday, July 12, 2013.

10 signs your relationship is rock-solid and will last forever – You need to see this!