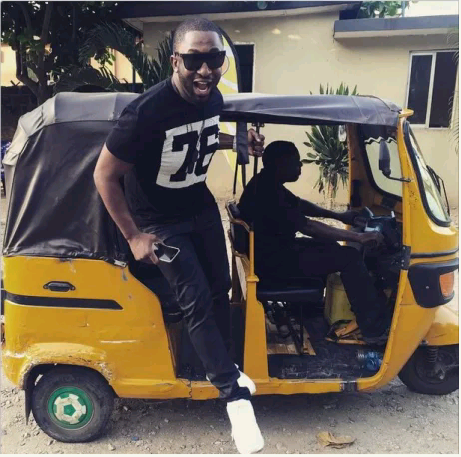 So weird but very true…

Maybe he was shooting or a video for a song or the fuel scarcity which has been troubling the country for months now has gotten to him.

Meanwhile, Nigerian singer, Tekno Miles was also spotted taking a bike to the airport in Lagos to catch his flight 2 days ago.

The singer attributed his means of
transportation to the traffic gridlock caused by fuel scarcity…He even had to cover himself from being identified by his fans.

Dare-Art Alade On A Keke Napep

Tekno Miles On A Bike