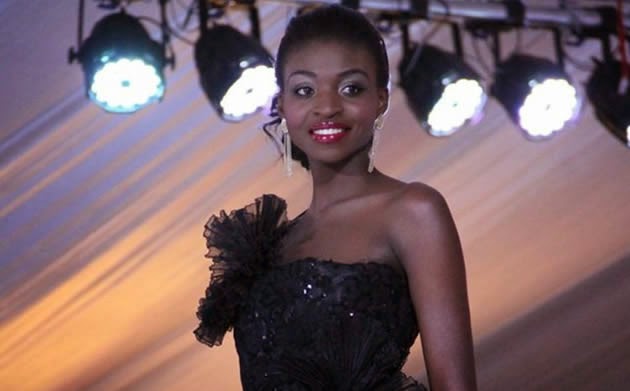 Share
A year after her predecessor quit over a similar scandal, Miss Zimbabwe 2015 could be stripped of her crown over online photos that allegedly show her posing nude. Pageant officials said they were investigating Emily Kachote, 25, who won the Miss Zimbabwe pageant on  April 26th, 2015 after the photos surfaced on the Web.

Miss Zimbabwe  Trust  spokesperson Tendai Chirau  recently said  they were  conducting investigations  into the  allegations,  but indicated  that if  the allegations  were proved  true, the queen  would be  dethroned.

“Regulation  5 for  Miss World  Zimbabwe Trust, which  conforms to  the  one stipulated  by Miss World, states  that professional or socially  in all forms  of media  posing nude, being in a relationship , sexual  advances towards  anyone and any behavior categorized  as immoral by Miss Zimbabwe Trust is grounds for instant disqualification and/or dethronement,” Chirau said.

“Delegates  must maintain  a high  standard of  moral and  ethical behavior  which in  no way reflects negatively  upon Miss World Zimbabwe and Miss World Trust.  All the 57 models who went into the boot camp signed a form with this information saying they had never done it.”

Chirau said when they conducted the auditions across the country’s provinces, the aspiring contestants were told not to participate in the pageant  if they  had ever  posed nude.

Kachote, who would compete at this year’s Miss World finals, told Zimbabwe’s H-Metro tabloid that she had suspected “these pictures” would emerge but “it happened a long time ago.”

She referred to a date with a man, saying, “We had some drinks, and I had no control over everything that happened that night. I no longer have anything to do with the guy.”