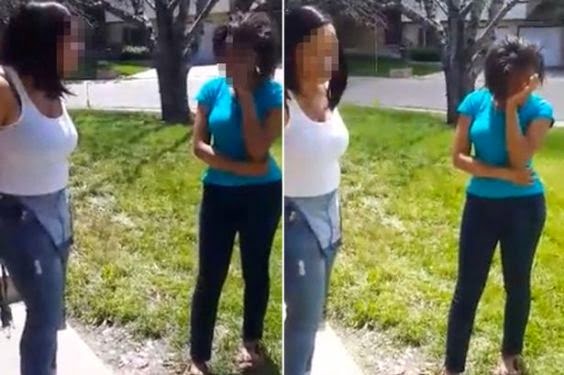 Men are cunning so be smart – Actress Debbie Shokoya to… In the video posted, the mother told the girl’s Facebook friends that she had been lying about her age, that she wasn’t old enough to be posting pics of herself in lingerie and wearing make up.

The crying girl replied “No.”

Then the mum said “Don’t cry now. You wasn’t crying when you was posting pictures on Facebook, was you? You still have a bedtime, right? You still watch the Disney Channel!”

She then tells the crying girl that she’s been denied access to the internet, access to TV and no time to spend with her friends.

The angry mum then addressed the men flirting with the girl on Facebook. She said: “She’s a kid and she’s going to stay a kid. And as long as she’s under my roof, she’s going to do what I say.”

The 5 minutes video has been viewed more than 11 million times since it was posted to Facebook.

Ways to look younger than your age in less than a week – This works!