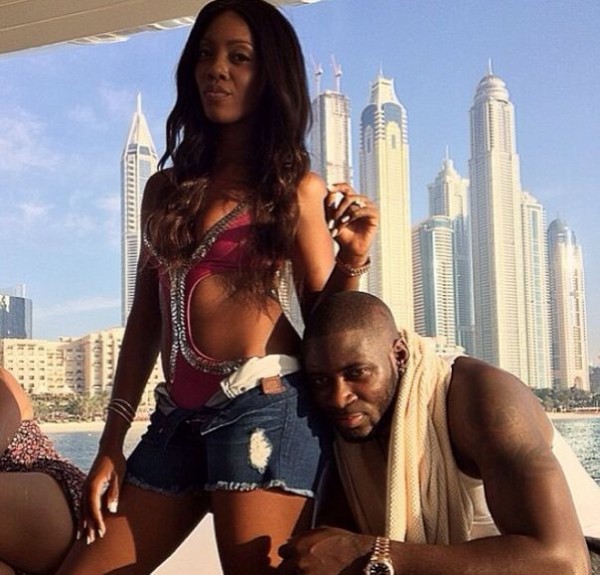 Share
On November 24, 2013, the Nigerian singer Tiwa Savage and her hubby, Tunji Balogun, painted the town red with a superlative traditional marriage. Some weeks later, they proceeded to Dubai for the white wedding. But the couple are reportedly regretting embarking on such lavish ceremonies.

A source close to Tiwa and Balogun disclosed that many prominent Nigerians from all walks of life promised their financial support for the wedding.

But as the D-Day drew nearer, most of the promises were not forthcoming.

The couple had no choice but to go ahead and almost empty their accounts for the nuptials, hoping to recoup when the promises were fulfilled.

However, they got what they didn’t bargain for as a chunk of those who made promises to them were bent on ‘slaying’ Tiwa before redeeming their pledges.

Some of them even promised to give more if the bride-to-be could yield to their demands.

Balogun and Tiwa were not just shocked at the development; they regretted spending lavishly from their personal purse for the wedding.

The groom lamented to a bosom friend that the issue was one of the pains he and his wife had to nurse after the whole ceremony.

Meanwhile, the couple are currently expecting their first child. On 1 January, this year, 34-year-old Tiwa Savage posted a picture of her husband and her baby bump and captioned it “2015….Just the 3 of US… #AllGloryToGod.”

Recall that there were claims that the lovebirds were on the verge of a divorce in 2014, especially when the singer, Tiwa Savage ‘relieved’ her husband who was also her manager,of his ‘managerial’ duties. She took it further by employing a new man to be her manager.

The BEST and WORST foods to eat when you are sick – This will really help you!