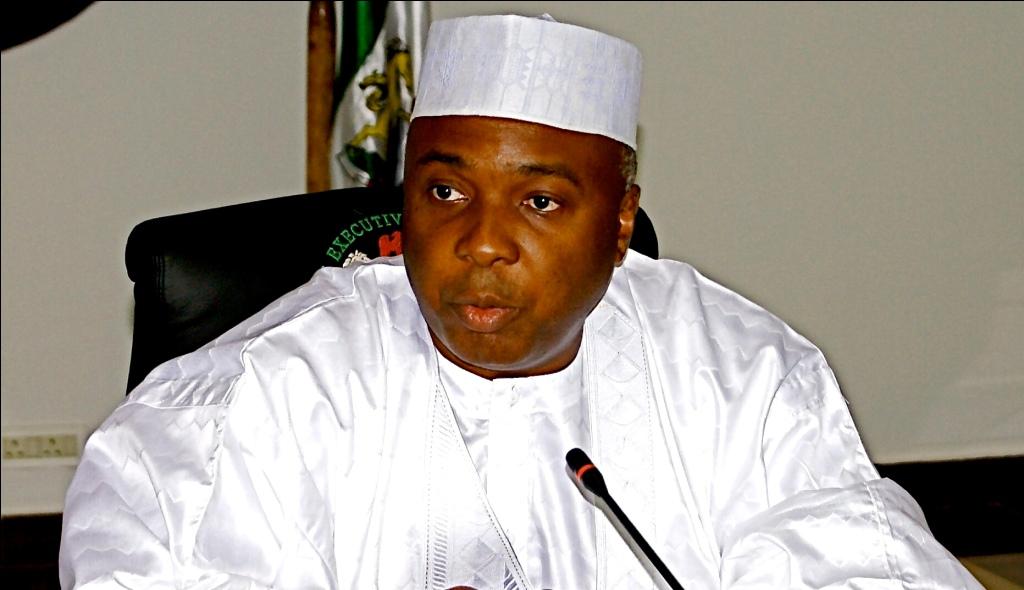 APC senators resolve differences – The impasse at the upper chamber of the National Assembly may be nearing its end as reports say the 59 senators on the platform of the All Progressives Congress (APC) have resolved their differences.

Tension had reached an all time high within the party when senator Bukola Saraki boycotted a supposed meeting with president Muhammadu Buhari to connive with some of his supporters and those of the Peoples Democratic Party (PDP) to emerge as the senate president unopposed.

The outcome of this action was a friction among the big wigs of the party as national leader, Bola Ahmed Tinubu, vowed never to accept Saraki as the senate president.

But according to This Day, the leadership of the party spent the whole of Monday trying to resolve the indifferences and their efforts seem to have yielded positive fruits as the senators are now willing to work with each other.

The outcome of the meeting overseen by Chief John Oyegun, national chairman of the APC, was an agreement on the sharing of the outstanding principal offices in the federal legislature as the leadership of the feuding lawmakers in National Assembly took turns to consult on how to resolve the impasse.

The low point of the meeting, however, was that while peace was brokered among APC senators last night, the lawmakers in the lower chamber refused to be pacified no matter how hard the party executives tried.

This Day sources stated that the meeting which had Oyegun, Saraki, senator Ahmed Lawan, and other APC senators in attendance, recorded some progress, as both groups loyal to Saraki and Lawan reportedly agreed with the party over the zoning of the remaining principal offices in the Senate.

“I am not privy to the details of the meeting, but I think the Senate President has resolved his differences with the party. What was still in contention was not which zones the positions should go to, but who will emerge from the zones to occupy the posts,” a source close to the Senate President said.

The party source revealed further that the announcement on all the outstanding leadership positions would be disclosed on the floor of the senate after the north-east caucus decides on who should represent their zone as senate leader.

Senators Lawan and Ali Ndume are the two candidates in contention for that post.