Python eats itself to death by swallowing Prickly Porcupine – See what happened! (+Pics) 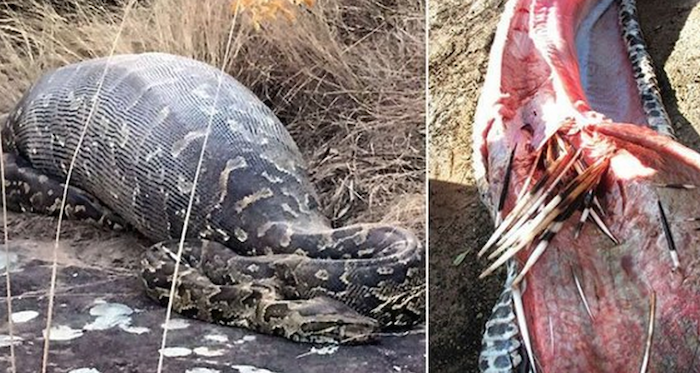 Share on FacebookShare on Twitter
Python eats itself to death: This 13 feet giant Python killed itself by swallowing more than it could chew. The rock Python was found dead at the side of the road at Lake Eland Game Reserve, near Port Shepstone, South Africa. When its stomach was opened, a two stone porcupine was found inside it.

It had swallowed the prickly porcupine and was lying beneath a rocky ledge where it had been trying to digest the meal and died there. 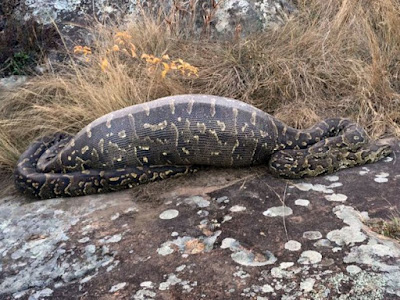 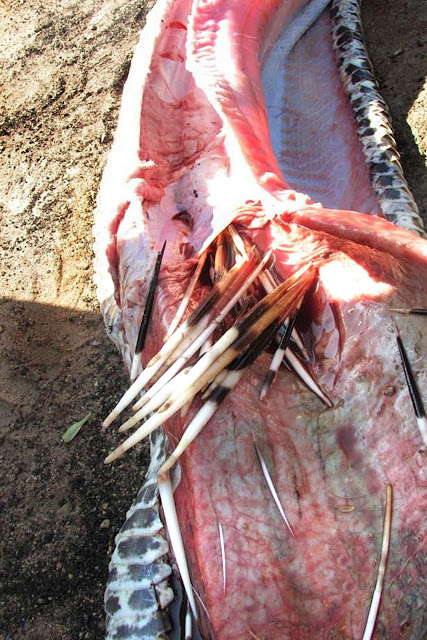 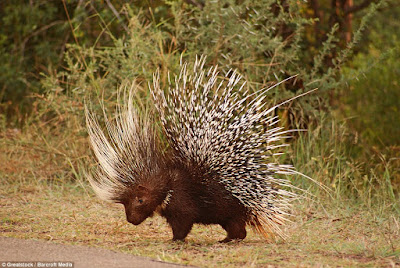 This is a Porcupine
-lib

Prev postNext post
Use your ← → (arrow) keys to browse
Tags: gist and gossipphotosPython eats itself to deathslide
Share12Tweet8Pin3SendShare 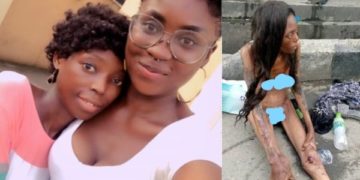