REVEALED: How Prof Jega connived with APC to rig PDP out – You need to see this! 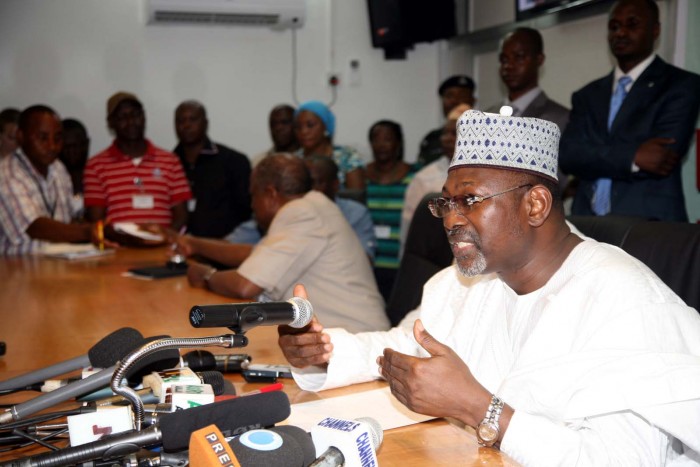 How Prof Jega connived with APC – Olorogun John Oguma, a chieftain  of the Peoples Democratic Party (PDP) in Delta state has alleged  that the chairman of the Independent National Election Commission (INEC), Atahiru Jega, connived with the All Progressives Congress (APC) to rig his party out of the 2015 general elections.

Oguma, in an interview with Vanguard, accused Jega of acting up a script in the buildup to the general elections all in a bid to ‘finish’ the PDP,

“You cannot tell me that if this arrangement were not in place about two years back, why did Jega refuse to use card reader even for one state,” Oguma queried.

“If it were not a script he followed; he should have tested the card reader in the Ekiti or Osun governorship elections before going out to use it in 36 states and the FCT.”

The PDP chieftain doubted the ability of the APC to effect the change it proposed during its campaign,noting that the party doesn’t have a manifesto to effect real change.

“Like I keep telling people, change is not a manifesto. APC has no manifesto; they only just wiped up sentiments, because PDP had been in government for 16 years and then we played into their hands.”

“You know the rich man has more enemies in society than the poor man; that is why they succeeded in whipping up sentiments. They don’t have a manifesto; they only just said they want change.”he said.

The PDP  which had been in government for 16 years lost the  presidential election to president Muhammadu Buhari of the APC.  The defeat suffered by the party resulted in mass defections from the PDP to APC.

EXPOSED: How Jonathan sold oil bloc for $1.85 billion, but only remitted $100 million (Must Read)

10 most peaceful countries in the world