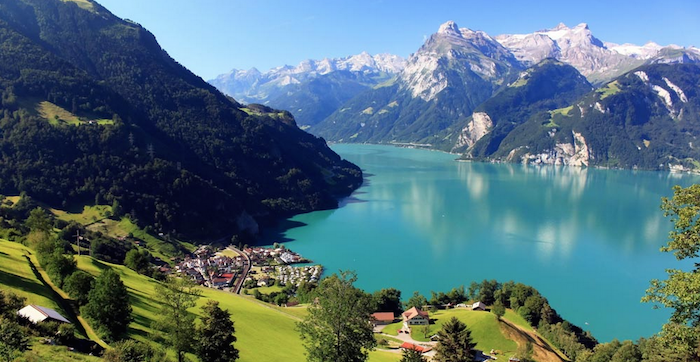 Cleanest countries in the world: Every passing day is not only advancing the world, but every new day brings lots of pollution in our environment due to the carbon extracts from industries and transport is rising. For this reason, the world is facing the greenhouse effects, and it has become a fatal issue for the human life.

But still there are some countries that are taking various steps to control over this rapidly rising problem. Today some nations are considered much conscious about their environment and these nations know how to manage their environment and make it neat. The major measure that is being taken by these countries is the reduction of pollution at city level as well as inside the countryside. More the pollution is reduced there would be neater and clean atmosphere making these nations safe from diverse health disorders. However, the occupants of a particular nation also play a vital role in making the city neat by their co-operation with their government likewise their discipline also plays a significant role.in another list, we have also ranked countries with cleanest and fresh drinking water.

The cleanliness of a nation demonstrates the maturity level of its occupants. No doubt a cleanest country can be the best nation to live in. Here we are about to rank top ten countries by their cleanliness index. While preparing the rankings, we assumed the pollution rate, habitat protection, forest protection, sanitation, carbon emissions, and environment performance index according to 2014 estimates. Norway is widely recognized as one of the richest countries having a powerful economy. It stands amid the coldest nations on the earth. In the ranking list of world’s cleanest countries, it holds the 10th spot in the list. If you are looking for the best regions to settle in, Norway will be the best destination of your choice. Its EPI (Environment Performance Index) is estimated 78.04.

What president Buhari did in Nigeria yesterday is totally unbelievable! (See Photos)