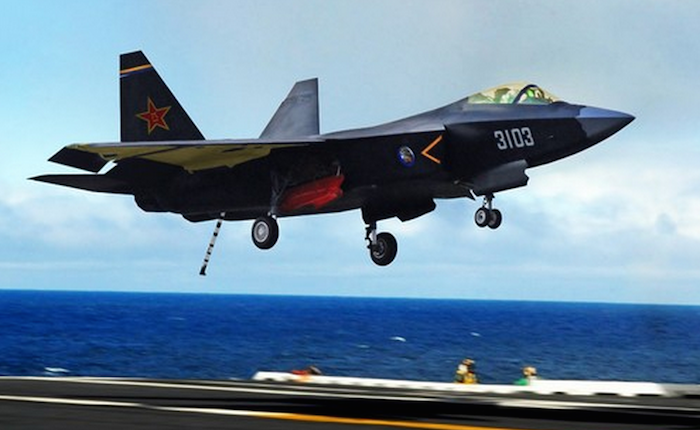 The Shenyang J-31, rumored to be nicknamed “Gyrfalcon” or Falcon Hawk is a twin-engine, mid-size fifth-generation jet fighter currently under development by Shenyang Aircraft Corporation. The fighter has also been referred to as F-60 or J-21 Snowy Owl. Also See: 10 most beautiful women in sports (With Photos). The aircraft made its first flight on 31 October 2012. It was accompanied by two J-11 fighters in a ten-minute test flight with its landing gear lowered. With this, China became the second nation after the 1991 Advanced Tactical Fighter fly off, to have two stealth fighter designs in field-testing at the same time.

“Everything in Nigeria has gone up” – Pastor warns Nigerians to…

#BBNaija: Sheggz tells Bella he’s having ‘blue [email protected]’ from not having s*x for…

#BBNaija: “The day I wanted to lose my virginity, I told my mum and she told me…