Top 10 most terrifying islands that will kill you (Photos) 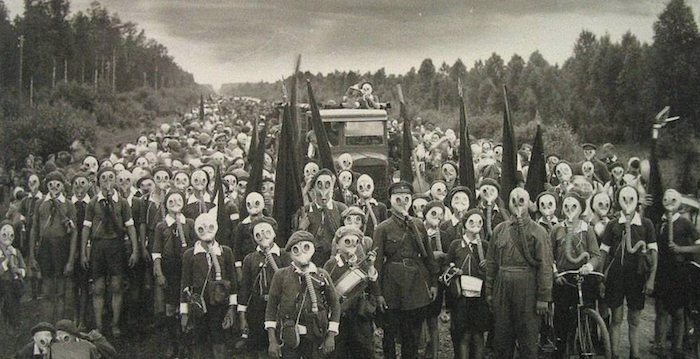 Most terrifying islands: Islands are the perfect settings for holidays, right? You think of an island and immediately imagine a beautiful, idyllic getaway from the hustle of the city and daily life. As pretty and awesome as nature can be, it can also be quite scary.

Mother Nature is weird like that; nature gave us the climbing perch, a fish that can walk on land and the golden eagle, a bird that can lift deer. Nature also gave us the mud volcanoes of Azerbaijan. No, not lava, MUD. When they erupt, they shoot flames hundreds of meters into the sky. They also deposit tonnes of mud all around. In one incidence, the flames could be seen up to 15 km away from the site.

You should be. In some cases, it’s not always down to Mother Nature. Man does a pretty good job too. Take the Great Pacific Garbage Patch, a floating mass of plastics, chemical sludge, and other debris trapped by the currents of the Great North Pacific. A man-made mass approximately the size of Texas, just floating in the ocean, messing up the balance of aquatic life.

At Mother Nature’s best, she offers golden white sands, azure blue waters, lush vegetation a.k.a the perfect vacation. At her worst though, she offers these islands.

Nestled among the volcanic Izu Island chain of south east Japan, Miyake-jima Island is overshadowed by the active volcano, Mount Oyama. The island is situated on tectonic plates which occasionally shift, causing sulfur to spew out of the ground. One eruption led to 31 deaths in 1953.

In 2000, the level of sulfur in the air was so high that residents had to be evacuated. Commercial fights over the area were also canceled. Though the volcano has erupted as recently as 2006, the people of the island have been allowed to return and live there. However to survive, they have to carry their gas masks with them at all times.

10 things you can do to make women obsess over you – Guys, see this now!