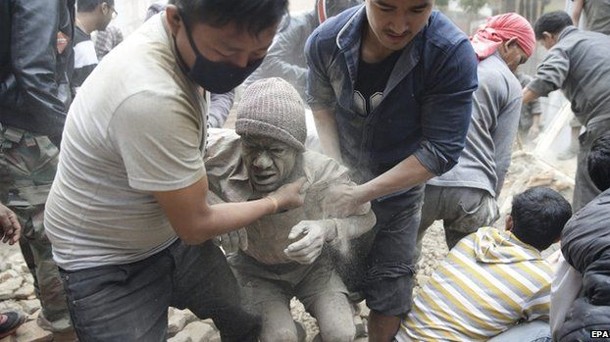 Top 25 Deadliest earthquakes in history – On Saturday April 25th 2015, Nepal witnessed one of history’s worst earthquakes which claimed over 5000 lives and destroyed many historical sites. Though earthquakes are naturally-occurring incidents that are caused by the sudden release of energy in the earth’s shifting crust thus creating seismic waves.

The devastation caused by this natural event is incomprehensible.Some of the worst earthquakes in history have claimed countless lives and billions of dollars worth of property damage. From the recent Nepal Earthquake which has so far caused the lives of over 5,000 people to Port-au-Prince, Haiti, here are 25 of the worst earthquakes in the world, both in the number of deaths and magnitude.

When it comes to the earthquake’s magnitude, the 1960 Valdivia earthquake takes the cake at 9.5, which was equivalent to a massive 178-Gigatons of power. This can be comparable to 1,000 atomic bombs going off at the same time. The earthquake was not only felt in Valdivia but also reached Hawaii, at a distance of 435 miles. While only 6,000 people died in the catastrophe, it incurred more than $1 billion worth of damages.

Revealed: 10 truths behind the Accra floods and disaster