10 celebrities caught repeating outfits – You will be shocked to see this! (With Pictures) 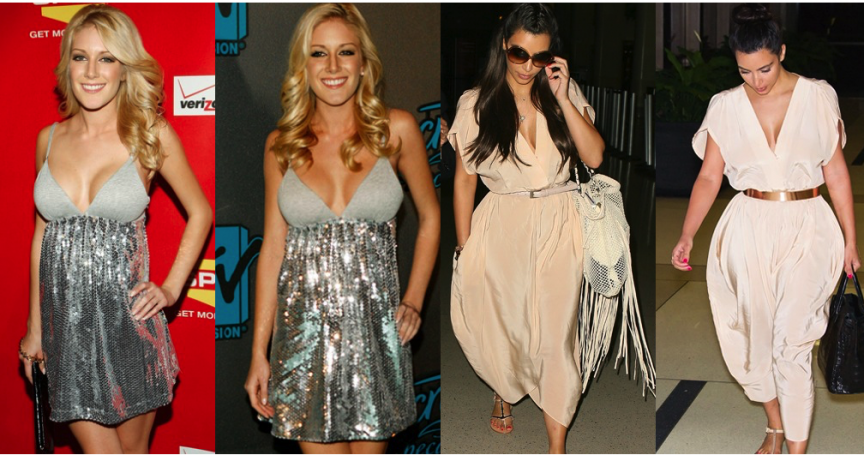 Celebrities caught repeating outfits – While regular individuals might have to save up their salary for awhile  before going on a shopping spree, most celebrities have enough disposable income that it’s not really an issue – if they want to go splurge and drop thousands on a few outfits, they can easily do so.

From crocodile Hermes Birkin bags to haute couture gowns costing tens of thousands, if they want it, it’s usually theirs for the taking.

Additionally, celebrities are in the public eye so much that designers will often send them clothes for free, just so that they’re seen wearing them and that the designer’s brand is associated with an A-List superstar. Many celebrities have such an influence that, if they’re seen wearing a certain item of clothing, particularly one that the average individual’s budget can afford, it’ll sell out within hours as fans rush to acquire the same dress or jacket that their favorite celebrity was wearing.

With all this in mind, it may seem that celebrities have enormous closets that would never require wearing the same outfit twice. While some celebrities seem to take that mindset, others are far more practical. And let’s be honest – sometimes a certain piece of clothing looks so great, and makes you feel so good, that it would be a shame to only wear it once.

The celebrities who wear the same thing more than once aren’t committing a fashion faux pas – they’re showing that they know their own style, know what looks good on them. It’s both chic and smart.

Here are 10 celebrities who have worn the same outfit more than once. Mindy Kaling is a talented writer and actress, most known for her role as Kelly Kapoor on The Officeand Dr. Mindy Lahiri in her own show, The Mindy Project. She’s also known as a bit of a style icon, as she constantly shows off fashion finds on her Instagram feed or in interviews. While some celebrities just put on whatever their stylist gives to them, Kaling always knows exactly what designer she’s wearing because she loves fashion. When she came across a Yves Saint Laurent LBD that she loved, she didn’t restrict herself to wearing it only once – she wore it in February 2013 at the Writers Guild Awards, and then again at a fundraising event in April of 2013. She rocked it both times.