10 most horrifying big snake attacks on humans – #1 will leave you in a big shock! (Photos + Videos) 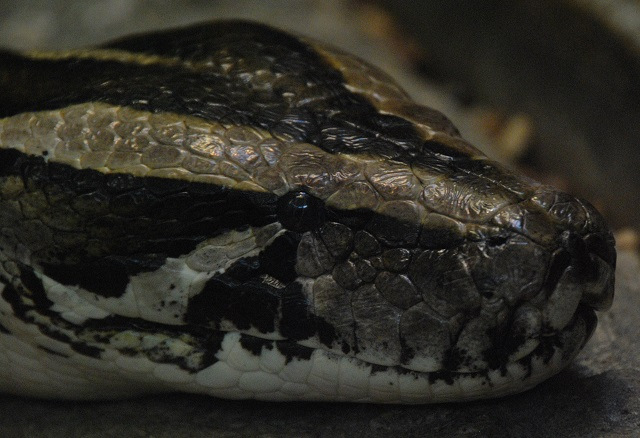 Snake attacks on humans – There are currently millions of snakes in existence.  They reside on all continents except Antarctica, and within most bodies of water on the planet.  All of them have varying levels of aggression, voracity and malignancy to humans.

While some of these deadly reptiles have a bite that can kill a person in seconds, the most tormenting attacks come from those which do not contain any venom at all, but rather kill their prey by strangulation.  By anchoring their teeth in victims, and then twisting and tangling their large bodies around them, it is undeniably, a slow and painful death.

From anacondas to pythons to boa constrictors, there have been countless reported attacks as such on people over the decades.  Many have come face-to-face with these dangerous reptiles in the jungle, in town and sometimes even in their own homes.

Some were pets, some were contained and some were wild, but they all eventually turned into hungry, untamed and ravenous creatures to attack, kill and sometimes even consume the people that got in their way.

Here are the ten most shocking attacks on people by the world’s biggest snakes:

In the town of Campellton, New Brunswick, there was a horrific attack by an African Rock Python in 2013.  This particular breed of snake can weigh up to two-hundred pounds, reach lengths of up to sixteen feet, and easily claim its prey with strangulation.

The victims in this tragic case were two young boys, who were in exactly the wrong place, at exactly the wrong time.  They were staying the night at a family friend’s apartment, which was in the same complex as an exotic pet store.

The death reports stated the cause of the boys’ deaths as asphyxiation, and the escaped python was identified as the killer.

The night of the incident, the enormous snake was left in an enclosure not too far from where the four and six-year-old victims were sleeping.  It was obvious how the python escaped from its cage, as there was an outlet in the ceiling that was left unclosed after maintenance.

The python was able to slither up into the ventilation system, which soon collapsed under the weight of the reptile.  This left the python loose in the living room, where it came across the two defenseless youths sleeping.

The odd series of events that must have occurred in order to arrive at the conclusion of the snake killing the children, has left many baffled by the incident.  Many questions and skepticisms arose from the event.

A snake expert, who owns at least twenty of these snakes in his store, said that an incident like this is very out of character for this type of python, as they are usually docile and timid.  He maintained that it is not impossible, but just very unexpected and peculiar.

This was one of the most tragic attacks by this breed of snake.  The python, which resided in the complex for nearly a decade, was immediately euthanized as a result of the event.

Top 10 most expensive Rolls-Royce cars – #1 is a must see! (With Pictures)