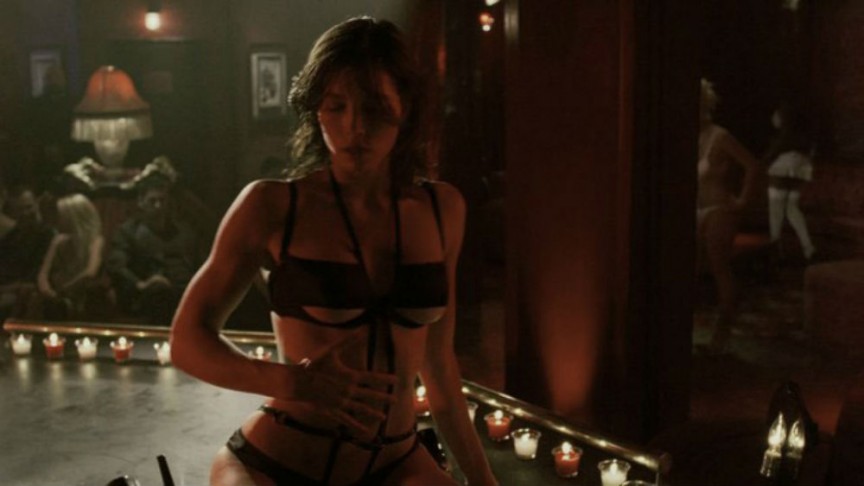 Celebrity strippers you NEVER knew – Some scenes in movies can be extremely challenging, especially when an x-rated performance is demanded from the star. Luckily, there are many actors who will try just about anything so they can avoid being typecast or to get noticed.

Frankie & Alice is a true story about the life of a popular stripper who performed in Los Angeles in the early 1970s. Halle Berry plays the part of Frankie who suffers from a dissociative identity disorder. This is a coping mechanism used by sufferers who switch personalities when a situation becomes too traumatic or painful for their conscious.

When stripping in the club, Frankie has the whole attention of the room and is recognised as one of the best strippers that the club has seen. Berry puts all of herself into the performance and it was one of her most challenging roles to date.

Long gone are the days when Vanessa Hudgens was known as the pretty girl from High School Musical. She has spent the last few years re-inventing herself as an on-screen vixen and this has seen her take on some very challenging new roles. In The Frozen Ground, she plays 17-year-old stripper Cindy Paulson and teases the crowds at a bar with a dance in her lingerie.

This American thriller also stars Nicholas Cage and John Cusack. The movie is based on the real-life hunt for serial killer Robert Hansen. Hansen was responsible for stalking and murdering as many as twenty-one young women. He would kidnap his victims in the Alaskan wilderness and then bury them.

10 Cool ways to blow $1 million in a day – That luxury lifestyle! (With Pictures)

Top 15 most sensational celebrity homes in the world & who own them – You need to see #1! (With Pictures)