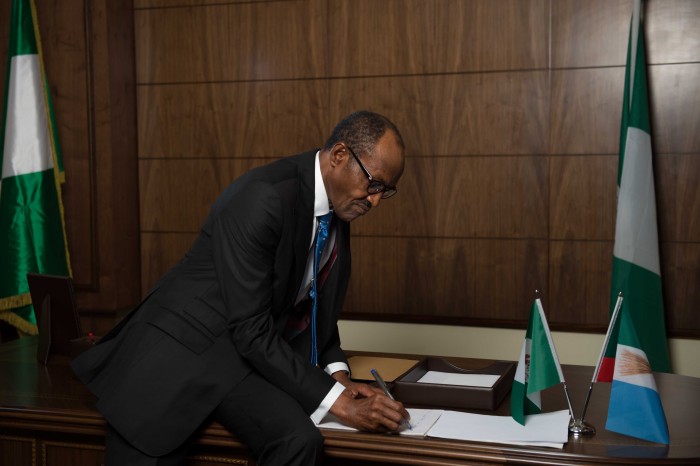 According to sources at the Presidency, Buhari ordered the bailout after considerable pressure from All Progresives Congress (APC) governors, especially those whose states had contributed financially to his emergence as President.

It would be recalled that President Buhari on Tuesday, June 23, 2015 met with Governors in a bid to sort out the salary crisis.

In the aftermath of the meeting, President Buhari set up a committee to look at the possibility of a bail out.The committee was headed form Vice President, Yemi Osinbajo.

President Buhari had on Monday, June 29, 2015 told the governors who were owing their workers to look for means to pay staff salaries, insisting that a bail out of the question.

With the President previously insisting that there would be no bailout, many pundits have called to question the rationale behind the sudden turnaround when the Osinbajo-led committee is yet to submit its report on the said bailout.

According to inside sources, several factors led to the “overnight” turnaround, chief of which are the APC governors who funded his campaign. The governors allegedly threatened to spill details of how fund meant for the state were used to put him in office.

Governor Aregbesola who is currently battling impeachment proceedings against him over mismanagement of state funds is said to have threatened to spill information about the whereabouts of state funds.

The inside source, who spoke on the condition of anonymity said: “The governors, especially Aregbesola feel it would be unfair for the president to leave them to their fate, given that they contributed massive state funds to his campaign.”

Another source within the APC said National Leader of the party, Bola Ahmed Tinubu, who recentlyboycotted the APC National Executive Council (NEC) meeting along with South Western leaders – whose loyalty to Tinubu is unquestionable – is also another major factor.

The source said Tinubu threatened to expose President Buhari, especially as both  men are not on the same page as regards the crisis currently rocking the National Assembly.

Another factor to note is the fact that President  Buhari has refused to set up his cabinet, choosing to run the country like a sole administrator,making decisions like the bail out “on his own” without recourse to any ministry of governmental protocol.

Christina Milian and her boobs step out in Los Angeles (+Photos)