TB Joshua returns woman tithe – You won’t believe why he did this! 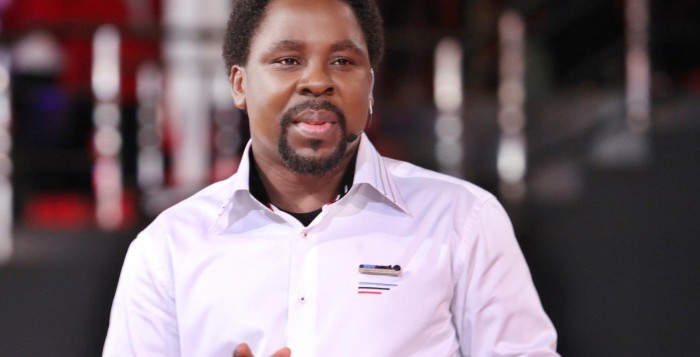 TB Joshua returns woman tithe – The Synagogue, Church Of All Nations (SCOAN), Head Pastor, T.B. Joshua has allegedly returned an elderly lady’s tithe. The elderly lady had according to SCOAN’s official Facebook Page given the church a half a million naira tithe.

Woman, 62, says she constantly has to remind men that…

The lady, whose name is Caroline Orugude had come to the church to share a curious testimony.

She had retired in June, 2012 and was forced to wait two years for gratuity that she was supposed to receive. “There was nothing much we could do except pray because the pension system is so unreliable,” she narrated to the congregation.

She however explained that after several visits to different churches, she was introduced to Emmanuel TV, SCOAN’s network television, she then began praying along with T.B. Joshua.

In two weeks time, she was paid her pension.

“I decided that when I got the money, I would come to The SCOAN to appreciate the Lord,” she joyfully said. “I am here with the small sum of 500,000 naira, to give to the man of God and The SCOAN, as my tithe.”

And in a surprise twist, TB Joshua rejected the gift and asked “Yes, it is written in the Bible that we should pay tithe but how can we collect tithe from widows and the aged who are supposed to be under our care,” he questioned the congregation.

“Remember, she has stopped working. She needs our care for the rest of her life. These are the women we should be feeding and taking care of. She is our mother; she is my mother too.”

The cleric, who is well known for his philanthropic gestures, then announced that instead of taking Mrs. Orugude’s tithe, he would support her with an additional 500,000 naira.
“When God calls a man or woman, what they will eat, what they will use and everything they need for their journey will be provided abundantly by God,” T.B. Joshua then explained, noting the attributes of genuine ministers of God.
“When a minister begins to depend on tithes, you know he is not a minister of God,” he added. “This is a message to ministers of God all over the world. When we collect tithes, we should know those whom we collect them from. Don’t force anybody – it is between them and God. Let us worship the Giver of money, not money,” he concluded.

TB Joshua is one of Nigeria’s leading pastors and his Emmanuel tv is viewed across 100 countries in the world.

5 seductive ways to get exactly what you want in bed – You need to see this!

How to get GOD’s blessings – Pastor William Kumuyi