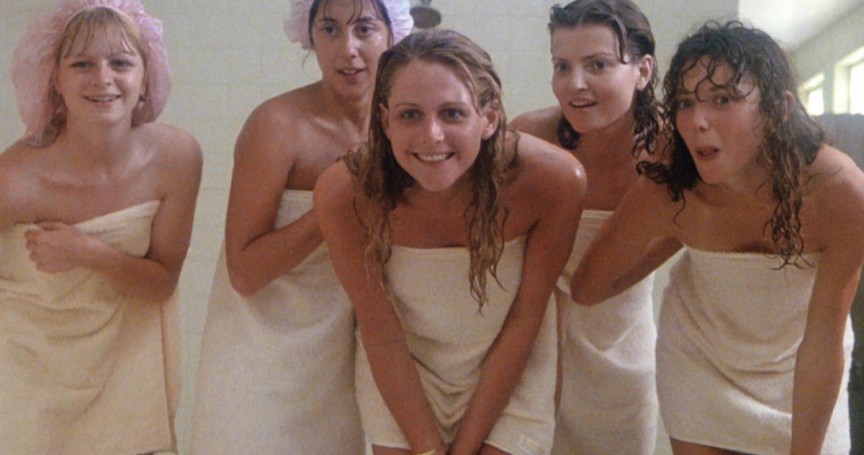 Most influential nude scenes in movie history – The 1931 film The Divorcee starred glamour girl Norma Shearer in an Oscar-winning performance. She plays an adulterous wife who is seen entering the home of her lover for a sleepover. Not a frame of the illicit couple is shown.

Instead the sexual nature of the visit is implied by all the lights going out leaving the house dark at ‘bedtime’.

How far we have come. It seems like movies without nudity are the exception to the rule. The envelope of graphic sex in modern film is definitely being pushed. It’s interesting to ask the question, “Why is nudity necessary?” Think of all the movies over the decades that got by just swell without them. And simple nude scenes are almost extinct. Nudity now more often than not requires urgent sex as well.

Given what we know of the moral integrity of Hollywood, artistic improvement is not a consideration. The one certainty is that movie studios wouldn’t be including them if they weren’t selling more tickets.

True, Renaissance painters and sculptors also often produced nudes. But their primary motivation was to show the human body in all its glory as God created. It’s not quite the same motivation as for say, “Boogie Nights”.

But unlike 15th century Europe, gorgeous naked bodies are available whenever you want for free on your cell phone. So why pay twelve bucks and have expensive popcorn to see one?

Rare are the films whose subject matter by definition requires actors to get naked. A film about sex addiction, for example, would look mighty odd without skin.

There are a few, though, with something behind them worth considering. Not necessarily positive but provocative in a way more meaningful and provocative than choreographing sex scenes as graphic as censors will allow.

So there will be no boinkfests in this list but more skin and certainly more thought than “50 Shades of Grey.”

Halle Berry is sitting in a fabulous condo with a fabulous view while reading a book wearing very little. Hugh Jackman staggers in looking for car keys and Ms. Berry is forced to put the book down, revealing an even more blatant view of her breasts for no reason other than to flash.

She could have been wearing a New England Patriots uniform and the scene would play out the same way. Or Jackman could have picked the keys off the table by the door like he always would.

What makes this particular nude scene so influential is that it is, by many accounts, the most gratuitous nude shot in film history from one of Hollywood’s most beautiful actresses. So how much does it cost to get a beautiful, influential actress naked for no good reason? It’s said that Berry demanded an extra half-million dollars to grant the studio’s topless request.