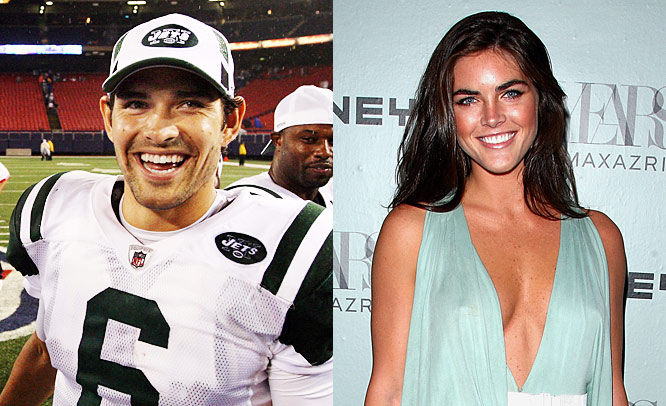 Hottest NFL wives and girlfriends – It’s a well known fact that athletes get the hottest women in the world, and football stars get the cream of the crop. NFL players lead a charmed life. These football heroes are adored by millions of fans.

Off the field, women: from supermodels to Olympians to actresses, flock to these athletes. Consequently, today’s NFL players can boast some of the hottest women in the world as wives, girlfriends and significant others. We’ve assembled the very best of the best to present the hottest NFL wives and girlfriends. The ten Hottest WAGs in sports history.

Here are some of the hottest NFL wives and girlfriends: Hilary Rhoda is an American model. She is perhaps best known for her work with the brand Estée Lauder and her 2009, 2010, and 2011 appearances in the Sports Illustrated Swimsuit Issue. She also appeared in Victoria Secret’s Fashion Show 2012. She ranked sixth in Forbes’ 2013 ranking of the world’s highest paid models. She is rumored to be with New York Jets quarterback Mark Sanchez.

You won’t believe this guy was once a girl… Unbelievable Pics!

What turns a girl on sexually and otherwise