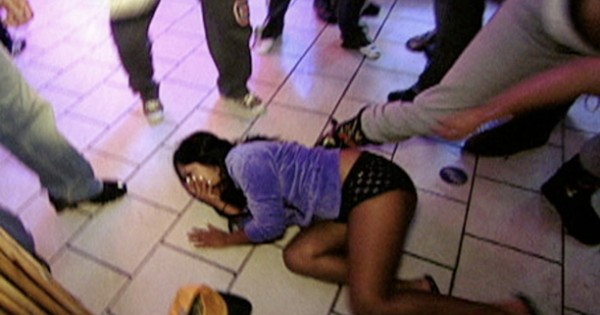 Female celeb bar fights: To most people, the bar is a place to hang out with friends, have a few drinks and watch the latest sports game. OK, it’s also most likely the place where you’re going to get hit on, a lot. However, some people have always used the bar as a place to get way too drunk and belligerent. This almost always leads to trouble, and that’s how the ever-popular bar fight was born. Bar fights are centuries old. They were made popular in Old Western films, but they take many forms. Whether you’re in the mood for some reality show-style conflict involving your favorite celebrities, or you prefer your bar fights a little more sophisticated, where the participants exchange catty insults, there’s likely a bar fight style out there for you.

When women get into fights, it can be a little cringe-worthy. Let’s be honest, it’s not the classiest thing in the world. Yes, some guys thoroughly enjoy it, but that doesn’t make it a good idea. Then again, it depends on the type of celebrity you want to be. A bar fight could cause people to shake their heads in disappointment, applaud you, or at least talk about you in the news for a while. Interestingly, these could all turn into positive things for celebrities. Here are 10 of the worst female bar fights. Jennifer Farley, also known as JWoww, has likely had her share of bar fights. However, one brawl required the assistance of her then-boyfriend Roger (the two are now married). Apparently, a drunk guy at a New Jersey club was giving JWoww some unwanted attention, and Roger stepped in to get the guy to go away. He tells him to “take a walk” but the guy (who was very drunk) would rather fight. Farley stands in between the two men to keep them from fighting, but Roger is able to get a pretty good punch in before security carries the other guy out of the club.

5 reasons why guys fall into a girl’s friend zone and ways to avoid the friendzone..

Kendall Jenner gets piercing in her n*pple (See Photos)