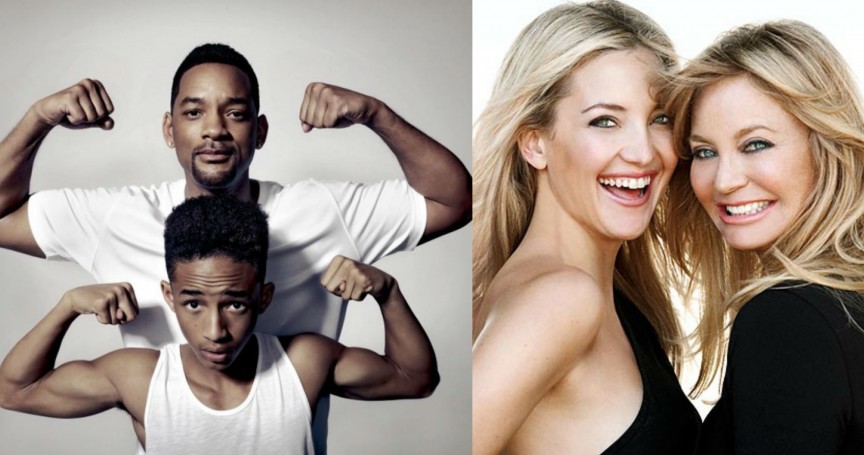 Celebrities who look just like their famous parents – Whether they’re close with their family members or they have a more strained relationship with their loved ones, some celebrities cannot deny the resemblances between themselves and their parents. At times, this can benefit an actor or actress as it helps them to become recognized and may spark viewers curiosity about who they are. Alternatively, some celebrity children have a hard time coping with being such a carbon copy of their parents, wishing to break out of the family mold.

It’s hard to feel like you’re going to be taken seriously in your professional career when people are constantly comparing you to your parent simply because you look like them. Parents who may have had successful careers but who chose to not be as active in Hollywood’s spotlight are often times brought to center stage because of how much of a resemblance there is between themselves and their famous children. Sometimes this helps to boost both parent and child’s careers while other times, it can cause resentment or awkwardness.

Some celebrity family members work together on films, in the public sector or music industry, while others prefer to keep their work lives separate. In many ways, these celebrities remind us of how much these famous families are just like the rest of us. Famous or not, you cannot deny who your family is or the similarities between you and a family member when it is clear for the world to see.

No matter how strong or strained their relationships with their parents are, these 10 celebrities show us that no matter how individual you are, sometimes there is no denying how much you look just like your parents.

Susan Sarandon has been a staple in the Hollywood community for decades. Acting in films like The Rocky Horror Picture Show, Thelma & Louise, and even appearing on Saturday Night Live, Susan has proven she is a versatile and alluring actress. Sarandon’s daughter, Eva Amurri Martino, has appeared with her mother in films including Dead Man Walking and on the television mini-series titledThe Secret Life of Marilyn Monroe.

In addition to their acting ties, this mom and daughter pair have some striking similarities. They both have strong cheek bones, the same skin tone, reddish-brown hair and similar smiles. While Eva changes up her look often, when she’s with her mother there is no denying their similarities.