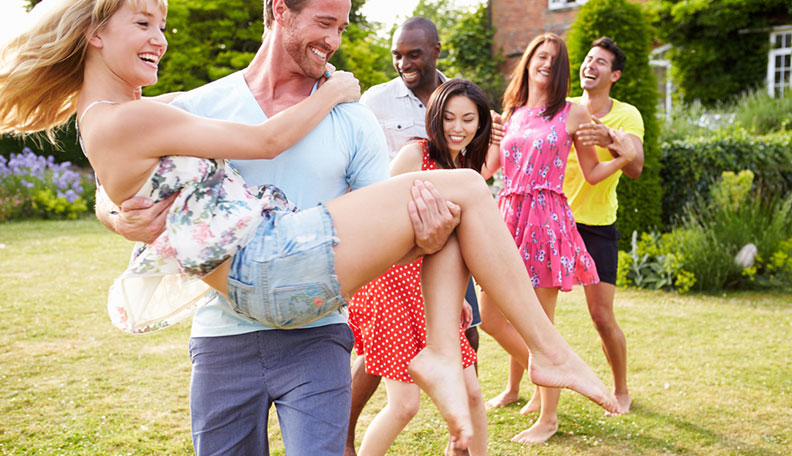 Ways to meet a partner: Just like everything else in today’s generation, dating is also becoming easier and more possible with the help of technology and the magic of the internet. The best part about being a single millennial is the seemingly endless ways you can meet a partner. It is literally easier than ever to be matched with someone who shares similar interests to yours, or is even within your radius.

Enough of Aphrodisiacs and Kanyamata, teach young girls how…

“My girlfriend was making me fast every month but she was…

There’s always a new idea, unusual concept or offbeat dating app you haven’t tried yet, and that’s what makes dating so fun and exciting. There’s a plethora of dating opportunity at your fingertips (meaning you have way more partner options than ever before), and there’s no reason why you shouldn’t try everything at least once. Hey, if you don’t try, you’ll never know, right? With that said, we’ve put together a list of 10 of the coolest new ways you can meet a partner in 2015.

Happn, a brilliant new dating app, uses your location and real-time technologies to match you with singles you’ve crossed paths with. Not only is it an awesome solution to missed connections, but it also matches you with singles that share common ground with you. Now, you can meet people who shop at the same grocery store as you, go to the same coffee shop as you or work in the same building as you. Happn is a modern solution to a common problem – the app promises to find the people you’ve crossed paths with and make that key introduction for you. This way, you can make progress from flirtatious glances to real-life dates. It’s 2015, and meeting people via the ‘missed connections’ section of Craigslist is so last year.

Going to a new gym will open your eyes to all the potential prospects working out in your vicinity. When you’re in new surroundings, you’re suddenly more aware of who’s around you. We sort of stop seeing people who are at our usual gym, because we’re accustomed to the notion that it’s the same people we’ve seen again and again. Going to a new gym, however, will create a subconscious hyper-awareness to your surroundings which can help you notice that cute man or woman checking you out.

SuperDate is a brand new mobile dating app that matches singles who have the same idea of the perfect date. If your idea of a ‘SuperDate’ is to go kayaking followed by a seafood restaurant with a view, you’ll be matched with someone who agrees with you, and wants to share that experience. SuperDate is innovative and strays from advocating superficial relationships that are based on looks. Rather than swiping right based on attractiveness, this app matches you with like-minded individuals who want to experience the same types of things as you do. Simply scroll through the different dates, ‘like’ the ones you’re interested in, and you’ll be matched with singles who shared your interests!

Meeting your next partner could be a quick Tweet away. Tweet, does anyone have a single friend they’d like to set me up with? See what happens. The results might surprise you, and you could end up with a ton of willing participants. Who doesn’t want to be part of a love story, right? Not only do they get to speak at your wedding and get full bragging rights to say “this is all because of me”, but they also will feel great that they contributed to your happiness by setting you up with their awesome, single friend.

This will be the best dinner party ever, because everyone who attends has to bring somebody single who they think is a great catch. Worried about who will be willing to host a big dinner party? Don’t worry, there’s always someone who has recently remodeled their home and is dying for an excuse to use their new dining table. What’s more, a potluck style dinner party equally distributes the responsibility of feeding everyone, which works out great for all involved. Just don’t forget to help the host clean up.

Although modern day technology is so advanced, and our generation is so accustomed to instant gratification, it’s no wonder many of us don’t have the time and patience when it comes to meeting a partner. So what would be the best solution to meet someone in a quick and easy way? Easy. Just wear a shirt that says “I’m Single” and wait and see what happens next. No games, just simple and to the point.

Speaking of getting to the point, the “have you met Ted?” strategy is definitely an instantaneous way to start a conversation with someone. One of the most watched TV shows on Netflix in 2015 is How I Met Your Mother, which introduced viewers around the world to the “have you met …?” strategy – and it works! Simply tell your wing man who you’re eyeing, and have them approach him or her with you and say “Hi! Have you met my friend?” Since millenials always hide behind their phones, it can be tough to be outgoing in real life. Sometimes we simply need someone to make the first move for us, and make that key initial introduction for us.

Seriously, just borrow a friend’s dog. Taking your friend’s dog for a walk is a great ice-breaker. If you go to a popular dog park and see a sexy stranger also walking a dog, you immediately share a common interest and can talk to each other about what type of dog the other has, how old their dog is, etc. You can be honest that you’re walking your friend’s dog – it will make you look like a good friend and prove that you’re obviously a dog person.

As young adults, many of us have thought about continuing studies. After all, no one is ever really sure about what they want to do for the rest of their lives, or when they might change their mind and want to try something new. It’s normal to actually miss being in school and want to take a random class out of interest, passion or for career-development reasons. If you finally decide to take that creative writing course, who knows? You just might meet your next partner in class.

The great thing about comedy shows, is that you get to see people in a natural, no-filter state. In 2015, we’re getting sick of the filtered, picture-perfect versions of everyone we see on social media. When someone bursts out laughing or is caught off guard by a really funny joke, you get to see their natural reactions, their genuine laugh and their real smile. That’s a beautiful thing in this sometimes overly-fake world. There’s no better place to pick someone up, when their guard is down and they’re in a great mood because a comedian has made them laugh all night.

Ini Edo steps out in lovely outfit at media event in Lagos – She looks beautiful!