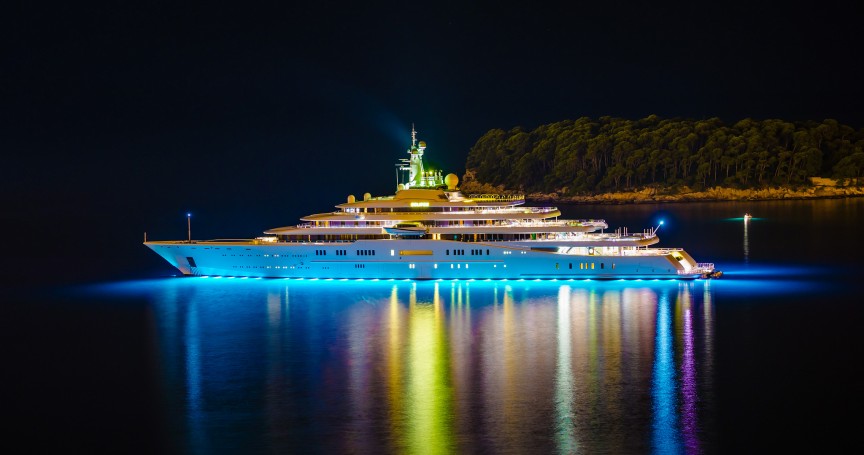 Most expensive luxury yachts in the world – According to The Independent, the demand for luxury yachts among the rich and wealthy is steadily improving despite dwindling economies. The company CRN Spa, located in Italy, is in the business of building mega vessels for a small but extremely wealthy clientele.

They estimate that only 1 500 people worldwide can actually afford to buy one of their yachts.

According to CRN Spa, most people would never have heard of their clients: they are billionaire businessmen (interestingly, the company has not yet had a female buyer), as opposed to superstar athletes or big shot actors. The sales manager of CRN Spa, Matteo Belardinelli, described how most clients have very specific requests: some want aquariums, others want submarines, one client even forked over a million euros to cover any small holes with glass and netting for the safety of his dog (after all, the yacht was a present for her, so she had to be totally safe in it).

Belardinelli’s associate, Mr. Tacoli, also describes the challenges they face while actually building the vessels, as tastes, fashions and lovers change over time (since the average time of completion for a boat is three years, you can see how the buyer would have lots of time to think over and change their requests). However, you can be sure of one thing, no matter what style or features the clients go for in the end, these boats cost more than most people will earn in a lifetime.

From crystal encrusted flip-flops for guests, to fully staffed, full time hairdresser salons, the world’s 10 most expensive luxury yachts show a glimpse of a life the vast majority of people will never know.

The Dilbar is 110 meters long and is owned by Alisher Usmanov, founder of Metalloinvest, investor and philanthropist. He named the ship after his mother. According to Forbes, he has a net worth of $13.6 billion. In fact, he used to be the richest person born in Russia.

Being a shrewd businessman, Usmanov invested in a variety of Russia’s sectors: he invested in the country’s iron ore and steel, in Russia’s second biggest mobile phone operator, MegaFon, and in the country’s biggest daily business newspaper, the Kommersant. He has also invested in China’s Alibabab, Xiaomi and the Arsenal Football Club. In 2013, he was honored by being awarded the Order for Service to the Fatherland IV.