The 12 most idiotic Kanye West moments (With Pics) 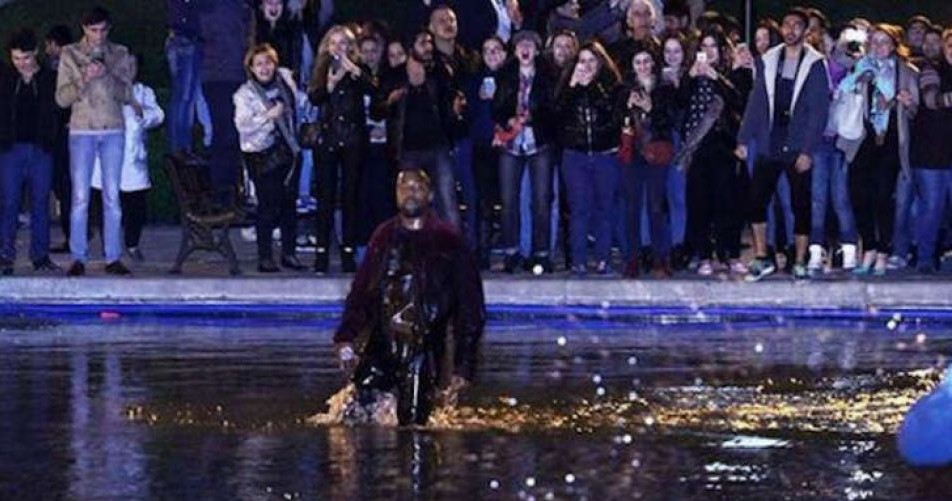 Most idiotic Kanye West moments: Whether you love him or hate him, Kanye West, the self-proclaimed musical genius, really knows how to get people talking. Whenever he opens his mouth he becomes the hottest trending topic on the web, but for all the wrong reasons. While he has talent, the stupidity of his comments always overshadows his abilities as a musician.

Self-confidence is admirable, but there is a line, and Kanye West crossed it many years ago. What West has is the very pinnacle of arrogance, ignorance and egotism. His illusion of self-worth is so strong that he demands respect from everybody. At the end of the day, Kanye West is a rap musician — his other ventures aren’t worth mentioning here. Contrary to what he believes, he doesn’t have an all-important role in this world; there are plenty of others who could fill his shoes. There truly is no end to Kanye Wests’ idiocy. While this list could go on indefinitely, here are the 12 funniest, most ridiculous moments from his career.

12. When He Hpocritically Slammed Corporate Sponsorship “I don’t give a f*** about none of these corporations, none of these f****n’ sellouts!” said the man with endorsement deals with Nike, Adidas and Louis Vuitton. He also ripped on fashion designers who “throw numbers on the back of their stuff”, before going out in 2015 to do the very same thing with his own line! Thankfully, the ruthless fashion industry is full of brutally honest people who like nothing more than putting egocentric people in their place. World renowned fashion publicist Kelly Cutrone had no problems calling him out, “I think he’s a joke as a fashion designer. I just think that you should stay focused at what you’re good at.”

6 amazing facts about your nipples – This will leave you in a big shock!