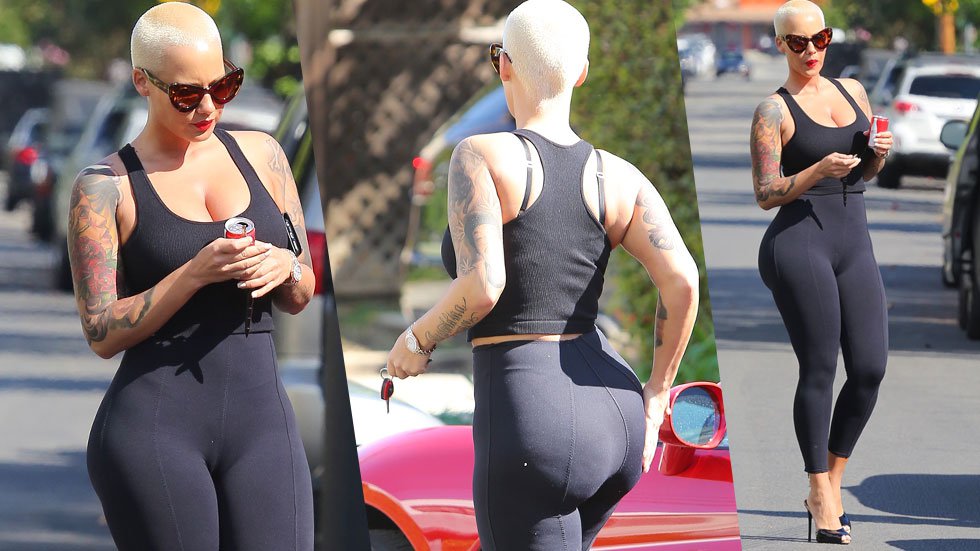 Natural butts that are far better than Kim K’s – Kim Kardashian is known for a lot of things, and most of them have to do with her looks. She gained a lot of public attention when her sex tape with former boyfriend, Ray J was leaked, and since then, she’s played up her curvy figure with a number of enhancements.

We’re guessing she figured if she’s going to be known as a sex symbol, she may as well have fun with it. She’s gotten injections and other procedures to make her butt bigger, and while this gets her a lot of attention, there are a few pictures out there to prove that this probably isn’t the best way to a firmer backside.

Kardashian has also stated that she engages in a number of beauty treatments to achieve her signature look. It seems that her sisters often follow in her footsteps, since her youngest sibling Kylie, has recently been in the news for being coy about getting lip injections.

Listen, we’re not here to judge. OK, we’re mildly judging. Only because there are plenty of celebrities out there who have great butts without the help of surgical procedures. Here are 10 celebrities with natural butts that are better than Kim Kardashian’s.

Scarlett Johansson is known for her curves, as well as her acting chops. She’s even been described as having the perfect body. While her butt isn’t nearly as large as Kim Kardashian’s, she has a great figure, and her posterior is definitely noticeable. Johansson has even bounced back physically after having a baby. She has had a passion for acting since she was young, and starred in movies like The Horse Whisperer, Ghost World and Lost In Translation. She’s also been nominated for several Golden Globe Awards and most recently starred in the movie Lucy, where the world got to see more of her well-toned body.

15 Instagram accounts that prove the world is doomed (With Pictures)