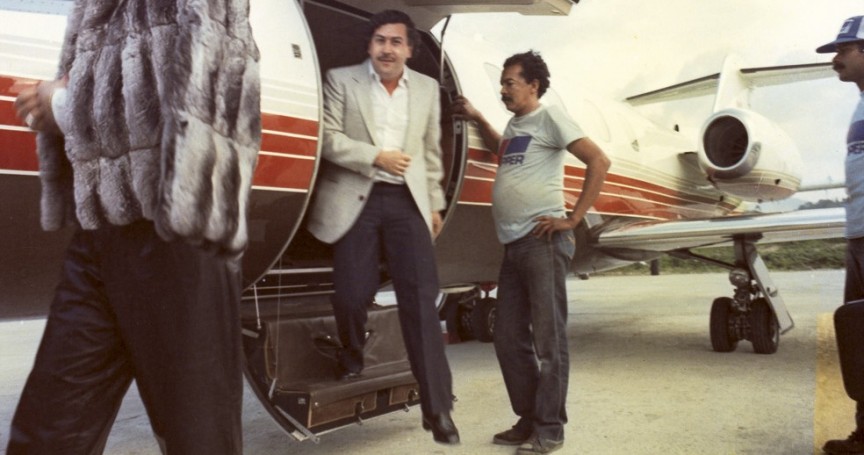 Facts about Colombian drug Lord Pablo Escobar – It’s often said that we’re living through a new golden age of TV; The latest series to aim for the zenith occupied by Breaking Bad, Mad Men and Hannibal is the Netflix original series, Narcos.

The show charts the staggering rise from a farmer’s son to all-powerful drug lord of Pablo Escobar, the infamous Colombian psychopath who practically ruled the country between the 1970s and ’90s. No matter how brilliant the show is, however, it would be an achievement to cram in all the insane facts and figures about Escobar’s life without leading to an epic run-time.

Pablo Escobar was born in December, 1949, to a poor farmer and an elementary school teacher. His inauspicious beginnings certainly didn’t limit his ambition; he grew up telling friends that he would be a millionaire by 22 and the future President of Columbia. He found novel ways to earn cash during his teens, filing names off headstones to steal and sell to smugglers and selling contraband cigarettes. By the time he moved into the drug trafficking trade in the mid-70’s, his thirst for power and money was unstoppable.

As the head of the Medellin cartel, Escobar was to become the richest criminal in history by the time he met his end in a shoot-out with the Colombian National Police. To explore the dizzying figures behind his empire is to peer into another world entirely, one which is tinged with cocaine madness – and a huge amount of blood.

10. He Imported Tonnes Of Product

The sheer scale of Escobar’s empire becomes apparent when considering the sheer weight of the narcotics he was importing and exporting. The kingpin utilized compliant pilots to smuggle 70 to 80 tonnes of cocaine from Columbia to the US inside the plane’s wheels. At the height of the Medellin operation, an estimated 15 tonnes of product was shifted to the US alone every single day. The cartel also utilized two remote-controlled submarines to export the goods undetected and spread the load.

15 Natural disaster pictures that will leave you speechless..

The 8 types of cheating women do – Guys, you should see this!