10 women who made Drake emotional (With Pictures) 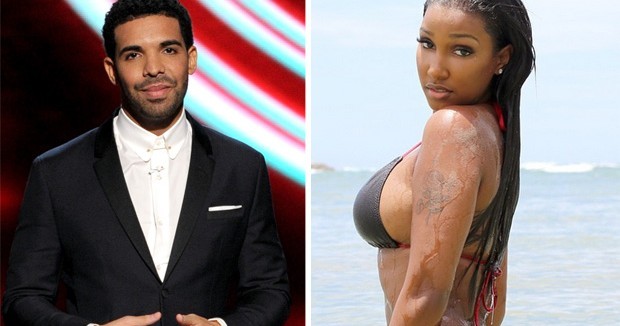 Women who made Drake emotional – Drake, now more than ever, is at the top of his game. This past year, the Canadian rapper released an album, If You’re Reading This It’s Too Late and a mixtape, What A Time To Be Alive, along with rapper Future.

Both releases have received overall positive reviews and reached number one on Canada’sBillboard. He’s effortlessly and unapologetically killed Philly-rapper Meek Mill‘s career (probably for good), and recently became a meme sensation after showing off his dance moves in “Hotline Bling”. But before hitting this pinnacle at this point in his career, Drake was known as quite the soft, singing and sensitive fellow.

He first appeared as humble Jimmy Brooks on the tween hit-show Degrassi, in 2001. But Drake certainly hasn’t let his rap career undermine his acting days. In his lyrics, Drake often alludes to his character Jimmy, claiming he’s still spending money from his acting career in his song “You Know, You Know”. But don’t overlook the ‘nerdy-Jimmy’ side of Drake. Women like a man with sensitivity, and Drake has proven to be quite the ladies man. His songs frequently insinuate that the rapper is blinded by old rendezvous and old-flames he can’t seem to let go off. Sometimes he sings, sometimes he raps, but here’s an idea as to who brings which side out of him: It’s not the first time that Drake mentioned a love-affair with a girl from Atlanta. In his song “From Time”, Drake stated the one he ‘needed’ to complete him was Courtney from Peachtree–the infamous Peachtree Hooter’s that is. The lyrics continued insinuating that they had life all planned out but those same plans were ended abruptly seeing that she apparently got engaged. We can’t help but wonder if this is the same ex that attended Georgia State in “HYFR”?