The 12 hottest women Cristiano Ronaldo has slept with.. (With Pictures) 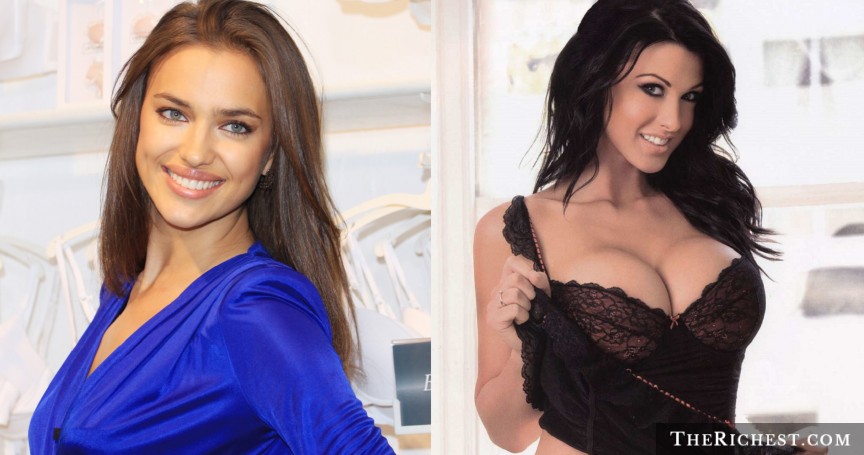 Hottest women Cristiano Ronaldo has slept with – Sure, all soccer fans will know exactly who Cristiano Ronaldo is, but most people who know nothing about sports have probably heard of him. While his skills on the soccer field are undeniable, there’s another pursuit he’s very talented at – getting women.

I mean, it’s not hard to see why Ronaldo has no trouble landing virtually any woman he wants. He’s successful at what he does, he’s in phenomenal shape, he’s travelled the world, and he just looks like a lot of fun to hang out with. What’s not to like in that package? Women around the world agree that he’s definitely swoon-worthy.

From when he was a fresh faced new recruit to now, a veteran who is more handsome than ever, Ronaldo has had his fair share of conquests. So, what’s his type? Well… hot. There’s really not another way to put it. Ronaldo has dated women from countries around the world, he’s dated blondes and brunettes, slim supermodels and buxom bombshells, he’s dated athletes and actresses and everyone in between. His list of former lovers could rival any men’s magazine’s hot 100 at this point.

Here are 12 of the hottest women that the soccer star has spent time with. Ronaldo has dated a lot of women from South America, and it’s not hard to see why – the Portuguese superstar likely has a lot in common with his list of Latina babes. However, since soccer is one of the biggest sports in the U.K., it only makes sense that he’s added a few British babes to his list of former lovers – and Imogen Thomas is one of them. Thomas, a reality television star in England, has a documented love for soccer players (or, as they’re idolized in the U.K., footballers) and managed to add Ronaldo to her list of football flings. She’s since married and had children, but back in her younger days, she was tearing up the town.

List of all Illuminati members in Nigeria (With Pictures)