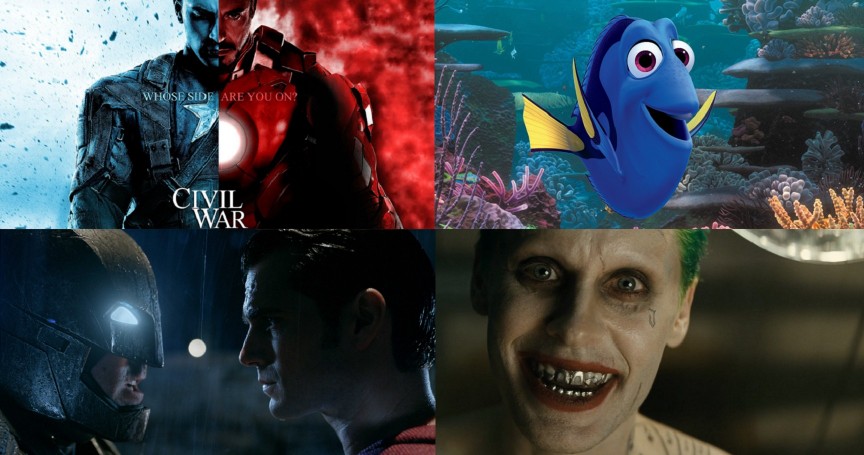 Most anticipated movies of 2016 – 2015 was an insane year for movies. It was as if the 90s came back for a summer fling. We had a new Terminator movie (questionable quality aside), a fun Jurassic Park movie, and squeezed in between those were Pixar’s phenomenal Inside Out and the hugely underrated thriller, The Gift.

We’re getting a new Star Wars movie that actually looks like the Star Wars movie all Star Wars fans have pined for forever, and we are getting the new Tom Hardy and Leo DiCaprio movie, The Revenant (which we can already confidently tell you will be a game changer of a movie). It is actually hard to fathom just how awesome December’s movies are going to be in 2015.

But what about looking ahead? What do we have to look forward to after this year ends? It’s almost daunting to imagine another year with as many A-list movies as there were in 2015. The thing is, this is the movies we’re talking about – they’ re always going to have to consistently up their game if they want to drag people away from the comfort of their “Netflix and chill” zones. This means that yes, indeed, there are some fantastic movies set to be released in 2016.

We have some superhero joints that look slamming, a few dramas that look fantastic based on the cast alone, and a a horror movie that looks like it will soil some pants. Here are the 15 movies you should all most be looking forward to in 2016.

We love comic book movies, even if they are pushing it a little. This is one such example of pushing it. The dude is a magician who travels between dimensions and such. We’re not really sure how well this story will work on film (which was the same fear for Ant-Man and proved to be a valid one), but it’s safe to say that Marvel has a pretty good track record.

Benedict Cumberbatch is starring in the lead role, and fanboys love him, so this film will probably make jillions, which we all know is not a real amount but who cares?

10 Celebrities who slept with their employees (With Pictures)