Top 12 Countries that have the least amount of sex – See which is number! (With Pics) 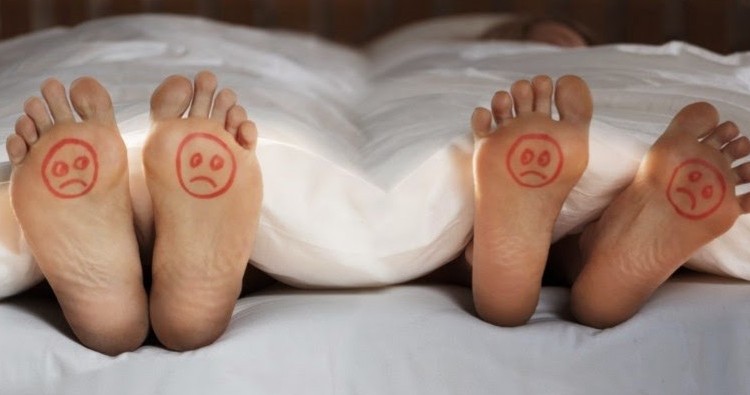 Countries that have the least amount of sex – Sex is the three letter word that literally started it all. It’s a highly pleasurable biological imperative, a physical need, a personal validation, a social glue, an emotional high and a fun and exciting recreation.

Upcoming actress leaks her chat with a Nollywood movie…

After puberty strikes, no matter where you live, no matter where you’re from, you will likely find yourself feeling hot and bothered. When this happens, your sexual urges will usually be the focus of your decisions and your actions — or at least that was what Freud taught us.

Your personal view on sex is directly influenced by the laws in the country, the religious morals and social norms of the community in which you are a part of. These are then mixed with your own personal biases and opinions. Because of this, each country’s view of sex is different which ultimately translates into how much or how little sex an individual has in the course of his or her life. There are countries that tend to be a little more open and liberal about sex, and there are those that are a little more conservative. Let’s just say that if you want to taste the international cuisine, then you have to bring your A-game when you decide to visit the top 12 countries that don’t seem very fond of sex.

Having decriminalized prostitution in 1999, you would assume that the Danes would be having more sex than any other nation in the world. Instead of an increase in the frequency, the Danes have landed on the list of countries that have the least amount of sex in a given year. In a 2005 global sex survey conducted by Durex, the Danes only tumbled in the sheets 98 times a year. They couldn’t even quite make it to a hundred. No wonder their government is alarmed. Denmark has even resorted to a raunchy ad campaign that encourages their citizens to have more procreative sex using the campaign slogans “Do it for Denmark” and “Do it for Mom.”