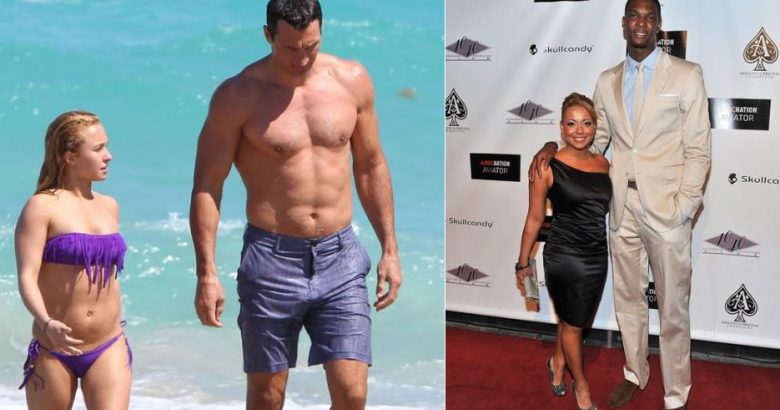 Giant athletes with tiny lovers – The pairing of a tall athlete with a very short partner always tends to get some kind of reaction. Why? One has to consider that these athletes are very tall — most of them surpass the 1.98m mark that most professional athletes tend to come in at. Some people in this list are as tall as 2.30m, so it becomes quite obvious that their partners will be very short when they are put next to one another, which then looks really weird when they choose to attend red carpet events.

Many people have stressed in the past that certain athletes and their wives look more like they are brother and sister or father and daughter than an actual married couple themselves, and it’s all played down by their height difference. It’s crazy what a difference the height of another person can make in a relationship, especially when it’s seen in pictures. Here are the 10 athletes with tiny lovers that may shock you. Magic Johnson’s 2.06m tall frame is one of the things that supposedly attracted his wife Earlitha Kelly, in the first place, according to the couple themselves. Kelly, who has stayed with Magic throughout all of the HIV drama that erupted in the ‘90s, has kept a strong uphold as her own height only comes in at 1.68m. It’s still higher than some of the other people on this list, and when seeing these two in public, the difference isn’t that drastic — but then again, that could be because Earlitha is always wearing heels. Either way, in numbers, the height difference is pretty noticeable, but when Magic’s wife decides to put on her highest pair of heels, it looks just fine.