10 Nigerian celebrities that are married to white men (With Pictures) 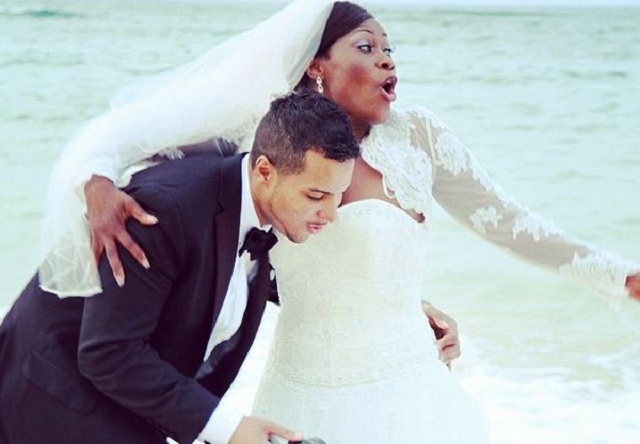 Nigerian celebrities that are married to white men – Nigerian celebrities have given inter-racial marriage a try and it has worked out well for some. In fact, unlike in the past when the practice was heavily frowned at, these days, most celebrities no longer give it a second thought before proudly settling down with their foreign partners.

Increasingly, and in greater numbers, Nigerian female and male celebrities are breaking the barriers by marrying non-Nigerian men and women. In droves, they are marrying Caribbean nationals, White-Americans and African-Americans.
Below is a carefully selected list of actresses who against all odds found love in the arms of white men and equally embraced their foreign cultures.

Once upon a time, the media was awash with the rumour that the marriage of Nollywood busty actress and model; Chioma Toplis was heading for the rocks. However, she debunked the incessant rumours trailing her marriage claiming her Oyibo husband would commit suicide if she leaves him.

Since the Abia State born actress came to limelight after settling down with Andrew Toplis, a UK born Engineer, she has been battling with allegations of unstable marriage. But the big, bold and beautiful mother of three (two girls and a boy) with a towering height is never tired of defending her home, which she described as the type any woman could dream of.

How she is coping with foreign in-laws? Hear her, “I don’t have any problem with his family. My mother-in-law died when I had my daughter in 1998 and my father-in-law also died four years ago. They used to come and stay with us during Christmas period. I never had any problem with them before they died. My husband has only one sister who lives in Cyprus.”