10 controversial conspiracy theories about Tupac you never knew but you should! 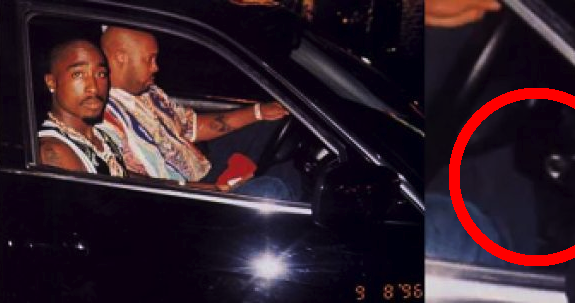 Conspiracy theories about Tupac: On September 13th, 1996, the world lost a hip-hop legend. Or, so it seemed. Tupac Shakur was known for his poetic, yet controversial, lyrics and gold-certified hits such as “I Get Around” and “Keep Ya Head Up”. He even became a successful actor in the 1990s, giving outstanding performances in films such asPoetic Justice.

However, his life was not just filled with money and fame. The rapper faced multiple charges throughout his life, including assault. He seemed to have many enemies, which he mentioned in his songs while also acknowledging that his own early death was inevitable. The lines between art and reality were blurred on September 7th, 1996 , when Shakur was shot while driving in Las Vegas. He died six days later from the injuries caused by the shooting. No one has ever been charged for Tupac’s death. And this alone seemed to have opened a can of worms. The world just doesn’t seem to want to let this artist go. Soon after his death, multiple people reported having seen Tupac alive. Some believe he faked his death for safety. Other theories are much more dramatic and out of this world. To this day, new theories are being formed about what really happened to Tupac. Let’s have a look at ten of the most interesting conspiracy theories involving Tupac Shakur.

10. Tupac Was Abducted By Aliens

Possibly the least plausible conspiracy theory involving Tupac is that he didn’t actually die—he was just abducted by aliens. Some people really do believe that aliens have been coming to Earth to abduct our hip hop superstars by putting them into a trance-like state and bringing them back to their planetYILAMHAR, with Tupac being no exception. The aliens forced the rapper to entertain them for 1000 years. Why would Tupac agree to all of this? Apparently, they offered him the deal of a lifetime: he can continue to release records on Earth and make money off of the sales while the aliens provide him with all of the phattest honeys and keep him young forever. In the year 3000, Tupac is set to arrive back on Earth. So, not to worry Tupac fans, according to this theory your idol is out there somewhere having a good time.

13 times wrestlers refused to do their jobs

10 signs they are not relationship material – Make sure you see this!