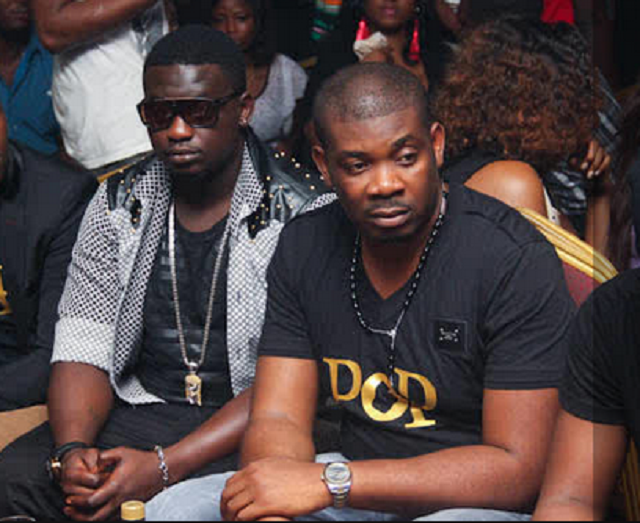 Artistes Don Jazzy has had serious beef with – The Nigerian music is synonymous with a number of top artists having beef for each other and taking to social media to air it out. The Nigerian entertainment scene kicked off 2016 with the most unexpected beef ever and I’m sure this is just a little compared to what will be coming later this year.

Don Jazzy is a super-producer and he’s had his own fair of beef in the entertainment industry. Whether he beefed someone first or vice-versa. Here are 5 artists that the Mavin Boss has fallen out with.

D’banj is Don Jazzy’s long term partner whom they both conquered and rose to the apogee of the music business in Nigeria under the name of Mo’Hits records.

D’banj and Don Jazzy were an inseparable pair and no one could think that those two might fall out someday. Surprisingly at a point where D’banj was trying to push his career to the next level and make himself an internationally relevant music act, things with his partner Don Jazzy fell out.

They called it quits and both of them went their separate ways and kicking off two new labels on their own.

They have since settled and have been spotted at events together and fans have had the opportunity of also seeing them perform together, some of the massive hits they cooked together.

People are after Buhari’s life, they want to kill him – Father Mbaka reveals

Lil Kesh congratulates Reekado Banks on his award – See the reply he got from Reekado..