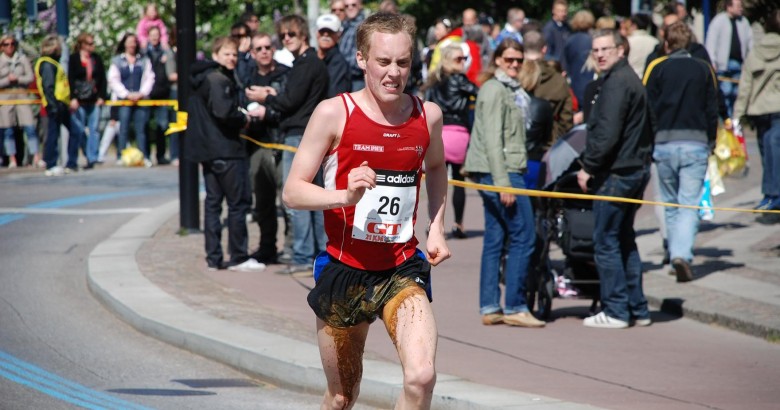 Athletes who shocking pooped their pants – Of course everyone poops, but not usually while competing in sports activities. However, if there’s anyone who should be excused for going “No. 2” in their pants, it should probably be athletes. After all, the most serious of sportsmen have to exert incredible amounts of physical effort in the heat of competition. And when an athlete digs deep, especially when they’re not feeling all that well, there’s always the danger of unleashing a load of brown treasure.

Think about their situation. Marathon runners have to push themselves for hours on end. Participants in contact sports like American football and mixed martial arts have to endure getting hit hard, very possibly in the gut. And surfers are quite a distance away from a rest room — unless they consider the ocean to be a communal toilet. So while messing up one’s underwear in the midst of sports competition may be disgusting, it should also be understandable, and to a certain extent, even a bit admirable.

Here are ten such athletes who have gained infamy — but also a healthy amount of esteem — for pooping their pants while competing:

After heavyweight Travis Wolford fought at Ruckus in the Cageheld in Beckley, West Virginia on October 3, 2015, media outlets everywhere began calling him “The Brown Bomber.” Unfortunately, the name wasn’t a reference to Wolford’s explosive fighting skills. Instead, it referred to certain “bombs” he had left in the octagon after he was forced to submit to a chokehold by his opponent, Daniel Cooper. It took place when Wolford stood up after the referee had stopped the fight. The commentator remarked, “What a mess,” and jokingly asked, “Do we have any volunteers who want to clean it up?” Later, promoter Christopher Smith explained that the night before the fight, Wolford had attended a Chili Night and “during his bout . . . had a colossal explosion where chili beans and everything he ate landed all over the mat.”