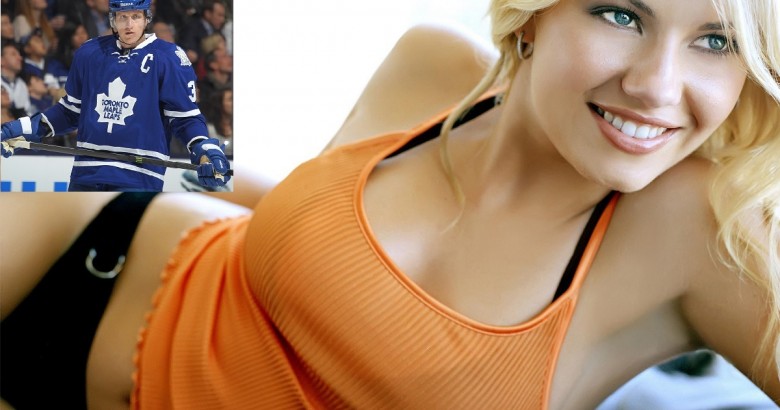 Hottest hockey wives in the NHL – It seems as though whenever we see a famous athlete, there is always a 12 on 10 standing by his side. There is no doubt that professional athletes have a reputation of landing some of the hottest females on the planet. Whether they are for the moment or forever and ever, these players exude pride when it comes to showing off their companion.

These women are diverse in physical appearance, but all emit a strong character that made these men fall head over skates.

The public is transfixed on a player’s moves off the ice just as they are fixated on their moves on the ice. It’s a good thing that rinks are cold, cooling them off because these athletes are dealing with some smoking hot women. These players are anything but players when it comes to their wives. The athletes are very much in love and are not afraid to express it to the world. Of course, not all the fans are thrilled about that due to the overwhelming amount of adoration hockey players receive from their loving and crushing fans.

The women the athletes choose to marry are extraordinary and no Joe Blow. Most of them can attest to a very independent and successful life prior to landing their man. Some of these babes lead charities, maintain highly successful jobs all while playing wifey to their leading man. They are the complete package: beautiful, loving, independent, successful and hopefully a true hockey fan. These players took a shot and definitely scored with 15 of the hottest NHL wives. This face may be familiar to some of you if you were ever a fan of The Price is Right with Bob Barker. Gena Lee Nolin was cast as one of Barker’s beauties. She also starred in the hit television show Baywatch as well as the Baywatch movie. She has graced the covers of Playboy, Maxim and FHM magazine and was listed as one of FHM’s sexiest women in the world in 2001. She was also able to star in a hit music video with Billy Currington’s “I Got A Feeling” awarding her a nomination for best celebrity cameo with CMT’s Flame Worth Award. On top of all that, she has released a book, Beautiful Inside and Out pertaining to her struggle with misdiagnosed thyroid disease. This book was rated #1 on Amazon and one of the top five best selling health books with Barnes and Nobles. Hubby Cale Hulse knew what he was doing when he sealed the deal with this bombshell in 2004.