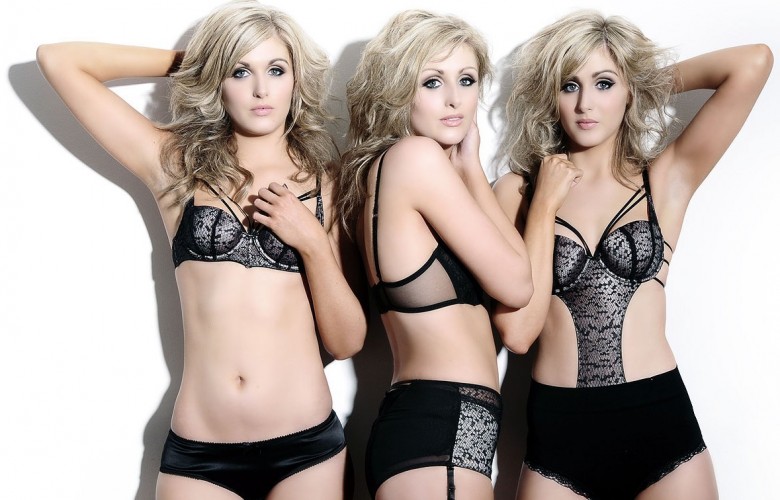 Hottest set of twins – There is no doubt that our world is chock full of gorgeous women; there is plenty of eye candy to go around. But some women are on a different level, with beauty, sexiness… and identical sisters. Two is always better than one, and along those lines, three is better than two, and four is better than three. Can you imagine FOUR identical hot sisters? It does happen, and when it does, the fact that it is so unusual ups the hotness factor even more.

Video of BBNaija’s Daniella and her albino twin…

Due to that rarity, many of these sisters have found that breaking into the entertainment industry is easier for them as multiples, and have successful careers as models and actresses. Twins, triplets, and quadruplets are fascinating, especially if they are identical, and especially if they are model-worthy. Of course, even higher order multiples like quintuplets would be, as well, but as of now, there has only ever been one set of surviving identical quintuplets, the Dionne sisters. Born in 1934, they were also the first quintuplets known to survive past infancy, identical or otherwise. They lived a hard life because of it, and still today there have been no more than four surviving identical babies born at one time.

This list includes some quadruplets, and some twins and triplets, too. Some of these women are famous here in America, some are famous abroad, and some are not famous in the slightest. This could easily have been a compilation of platinum blonde Playboy pin-up twins and triplets, but there is something very intriguing and mysterious about girls from faraway lands who may possess an exotic tropical allure, or maybe a shy, foreign girl-next-door air, or perhaps a take-charge powerful persona that lends itself to the worldly strength of women from a different nation. Whatever their attributes are, and for whatever reason, the following 15 sets of twins, triplets, and even a few sets of quadruplets, are among the hottest to be found on all four corners of the planet. The internet has gone gaga over Russian DJ’s Kristina and Anya Grushin. For a long time their identity remained a mystery, because even on Facebook they were known only as “The Russian Twins”. But their Angelina Jolie-esque faces were plastered all over any profile they made, and eventually, their names got out. No one knows why they kept their identity private; perhaps it added to the mystery and intrigue that goes so perfectly with their looks? Even now it takes a lot of searching to find out who these two 23-year-old beauties are. Kristina and Anya are now models based in Mexico City.

24 things successful women MUST do in order to find true love..