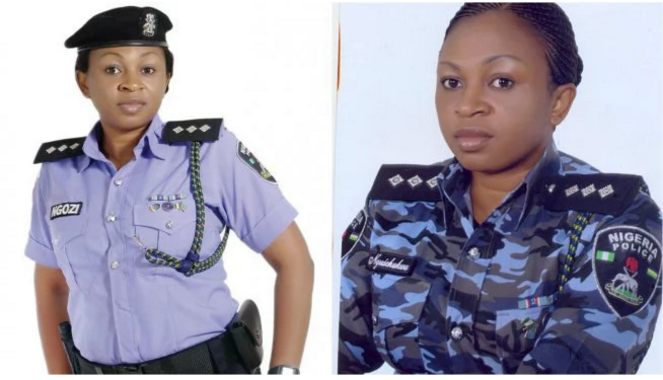 Most attractive Nigerian female police officers – Widespread police brutality is one of the problems in Nigeria as well as in other countries. While conversations about solutions have been mostly focused on better training or a need for community engagement, a brilliant idea is being overlooked: increasing the numbers of women in the Nigerian Police Force. According to recent studies, female officers are less authoritarian in their approach to policing, less reliant on physical force and are more effective communicators.

Let’s checkout the list of amazing Nigerian female officers. They are beautiful, they are brave, and they can roundhouse kick you in the face.

Peace Ibekwe Abdallah, who hails from Onitsha in Anambra state, is the second female commissioner of police and the 17th CP since the creation of Ebonyi state.

Her journey in the Police Force which started 29 years ago has been tough and eventful. But through hard work and determination she rose steadily up the ladder of police officers’ ranks.

“Her joviality should not be taken for granted because somebody who smiles like her can be strict and even difficult.”

Speaking at the grand reception of her appointment, Abdallah said:

“I am a woman with few words. I am a woman of action. I am here to work the talk, not to make noise.”

Top Post: 12 photos of 2Face and Annie Idibia that prove they were always destined to be together..