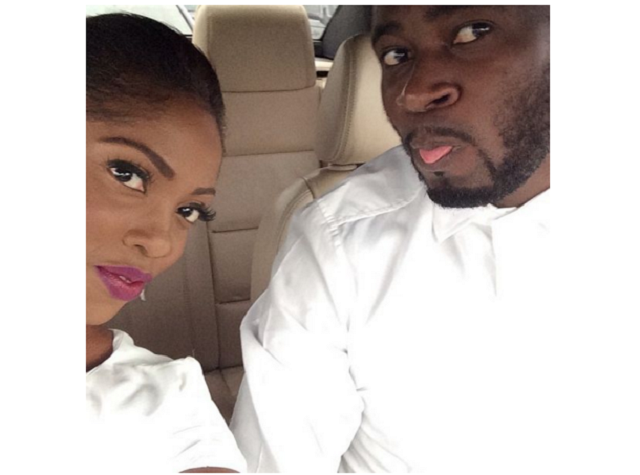 Ensuing drama between Tee Billz and Tiwa Savage – Social media is a gift and a curse which means that anyhow we look at it there’s no denying that social media has far-reaching benefits for corporate and individual brands just as it has its problems, particularly in the way it affects personal relationships between partners.

While relationships between partners need to be kept off the radar for the possible challenges publicity could pose, there’s no gainsaying that celebrities and public figures need to keep their private lives and affairs completely off social media as much as out of the glare of the media in every way possible.

In furtherance of this, it comes as a little more than shocking that celebrity marriages in Nigeria have not lasted because the parties involved do not seem to understand the workings of the media and what to put out or keep secret.

Having issues in relationships is as inevitable as roses are red and grasses are green, but what we must do as a people is to be smart enough to rise above the little things that ensure we lose it when faced with critical situations.

When a person attains celebrity status and has a massive following as well as represents corporate brands or has possibilities of representing a brand, it is important to watch his or her image judiciously. It is important to keep private affairs out of the public’s reach, leaving the people guessing pretty much for the most part of things, and it is wise to know at what point to stop talking. These are important points to note, very important points.

The phrase ‘Silence is golden’ holds true in this situation, perhaps more than in anything else for a 21st century celebrity.

The (ongoing) issues between artiste manager and publicist Tunji ‘Tee Billz’ Balogun and his wife Tiwa Savage have been major trending topics on social media all day today, Thursday, April 28, 2016 and it’s been awkward, uninspiring and everything in between.

Critics have stated at various points that Tee Billz and Tiwa Savage make sense together as a celebrity power couple, but insiders say there are cracks in their affair. We didn’t read much meaning into this as there’s no such thing as a perfect union or love affair. But all of that looks to be changing really fast.

Until now, it was all speculations and nothing more. But with the infamous Instagram rants from Tunji Billz in the early hours of today, even though now deleted Instagram posts, it is clear there is more to the glamour and shine we see outside the relationship between him and his super star wife.

Tee Billz embarked on major, unrestrained rantings on Instagram earlier today, talking about his wife’s infidelity and her alleged, previously-unknown affairs with 2baba, Dr. SID and Don Jazzy as well as her failure to treat him good as her husband.

He eventually deleted the posts but what cannot be deleted is the maligned reputation that will trail Tiwa Savage, Tee Billz and possibly some of the alleged ‘culprits’ in the ensuing drama.

At a point in the Nigerian entertainment industry where the international media spotlight is on us, when the industry players are breaking out into major, global leagues with various music deals and collaborative efforts with some of the finest stars of today, the revelations Tee Billz have made today are both unsavoury and unneeded.

He might have been pained and depressed hence his ‘suicidal rants’, but his action was largely needless and incongruent with what the industry should represent today.

Tiwa Savage is one of Nigeria’s biggest artistes today, she represents some of the biggest corporate brands in the land by virtue of her endorsement deals and she is a mother who is actually attempting a ‘comeback’ after her brief hiatus and with the release of her newest studio album R.E.D. which dropped in late 2015. But everything could become even more complicated for her. We hope not.

It is sad but the deed has been done, as painful as it is.

As the world braces up for the eventualities that might follow as a result of the unsavoury details in the rants, and with Tee Billz issuing a fresh statement via a new Twitter account on the fact of his Instagram account being hacked, below are seven lessons we can draw from the situation:

1. Publicity is bad when it brings out the private lives of couples

In fact, every form of publicity is bad for love and for a healthy relationship. Tee Billz and Tiwa Savage are in the full glare of the public by vurtue of their jobs, the least they owe each other is to zip up in matters regarding their private lives.

Ladies: 8 Signs that nice guy is actually a narcissistic asshole – Don’t let him fool you!